SPOTLIGHT
Published Dec 3, 2020, 10:55 am IST
Updated Dec 3, 2020, 1:43 pm IST
In most individuals, symptoms in initial stages are often non-specific and are neglected until they interfere with their daily routine

The month of November is observed as Lung Cancer month with an objective of increasing awareness on various aspect of Lung Cancer, especially its signs & symptoms and early diagnosis. (ANI)

Globally, lung cancer is attributed as one of the leading cause of cancer related deaths. The month of November is observed as Lung Cancer month with an objective of increasing awareness on various aspect of Lung Cancer, especially its signs & symptoms and early diagnosis. In lung cancer, growth inside the lungs can obstruct the airway causing breathing problems or irritate the respiratory pipe causing cough at early stages. Such heterogeneous presentation and delay in the diagnosis are two main reasons responsible for poor prognosis associated with lung cancer. In most individuals, symptoms in initial stages are often non-specific and are neglected until they interfere with the daily routine of individuals. Once there is an overt spread of cancer cells to different organs, various morbid signs and symptoms begin to develop and that is when patients turn up to specialists. 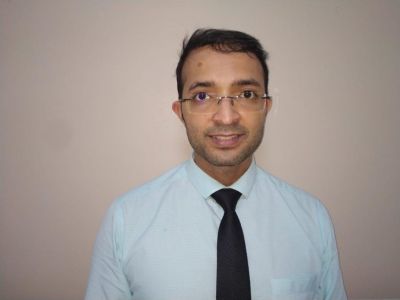 When Dr Bharat Patodiya, Consultant Medical Oncologist at AIG Hospitals (Hyderabad), was asked about the clinical presentation of patients, he said, “Lung cancer, unlike other cancers, does not present at early stages. The symptoms begin to appear one after the other only in the terminal stages. Life expectancy after diagnosis in such cases would be less than 3 years in over 90% of individuals”.

Regarding the delay Dr Bharat mentioned, “Lung cancer often presents with cough, difficulty in breathing and chest pain which are seen with several other common lung and heart diseases. This obscures the diagnosis of lung cancer at early stages. The common signs and symptoms of lung cancer are overt cough, which does not suppress rather worsen over time. Cough can be associated with blood or rust-coloured sputum, which aggravates on exertion. Patients also complain of tiredness, weight loss and loss in their regular appetite. These symptoms and signs do appear in several other conditions and patients should be vigilant in getting oneself thoroughly examined to rule out all possible causes”. He also mentioned that, once lung cancer cells spread to several other organs; patients may develop jaundice, bony pain, headaches, and even seizures depending on the organ involved. If you are at higher risk example being heavy smoker than you can also get a Low dose CT chest screening for early diagnosis.  It is now clear that, lung cancer can present in several different ways and one needs to be careful and reach out to specialist physicians at the earliest. 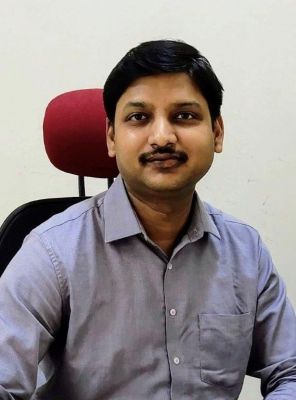 “It is wise to get yourself checked right now rather than wait until the disease progresses”, says Dr Praveen Adusumilli, Consultant Medical and Hemato Oncologist at Apollo Hospitals, (Vishakhapatnam). He mentioned that 80% of lung cancer patients reach an oncologist with a full-blown disease. “Most patients get themselves treated with over the counter medications or mistreated as tuberculosis for their symptoms without consulting a specialist. Only when symptoms like unexplained headache, breathing difficulties at rest, sudden deterioration of vision, seizures, jaundice, blood with cough etc occur, patients are alarmed and get themselves evaluated by specialists”, says Dr Praveen. He mentioned that before one suspect’s lung cancer, other commonly encountered lung conditions with similar symptoms must be ruled-out. To confirm the diagnosis radiological and pathological investigations are made without further delay.

Prompt diagnosis and early initiation of appropriate treatment remains the key to tackle lung cancer effectively. Dr Praveen said, “If you are old, a smoker (active or passive), have any long standing respiratory symptoms like breathing difficulty, unexplained cough, then you must see a doctor right away to identify the cause and get treated appropriately”.

Earlier the physicians refer the patients to oncologists; greater will be the chances for long-term survival for the affected individual. Therefore, it is a collective responsibility of both primary physicians and patients, especially, to know about their condition and associated signs & symptoms so that they are vigilant and reach out to specialists at the earliest.

How to hold an electric guitar?

How the pandemic accelerated the growth of video gaming industry?

Annu Marbaniang Shows It's Never Too Late To Achieve Your Dreams!

How Sunit Nandi built India’s own mail system focused towards privacy of its users!

Meet Aniket Kanade, a successful photographer and a creative soul