Mithali Raj, Virat Kohli and Yuvraj Singh were a few names who were at the receiving end of trolls in 2017. (Photo: PTI/AFP)

In September, Virat Kohli took to Twitter to celebrate Teachers Day in a unique way as he posted a picture of himself with a backdrop of several legendary cricketers, thus paying them tribute. However, the post did not go down well with some of the fans who lashed at him upon noticing Anil Kumble’s (former India coach) name missing. (Photo: Twitter)

Indian women’s cricket team captain Mithali Raj, who guided the nation to the final of the 2017 ICC Women’s World Cup in July was slut-shamed on Twitter a few months later for wearing an “inappropriate dress”. (Photo: Twitter)

Jammu and Kashmir cricketer Parvez Rasool was heavily slammed on social media after he was seen chewing gum during the national anthem ahead of his Team India T20 debut against England during February 2017. The all-rounder later termed the whole incident as “disheartening”. (Photo: BCCI/ Screengrab)

Yuvraj Singh stood by the ban on firecrackers in Delhi during Diwali and encouraged his followers to celebrate a pollution-free festival. His message irked many fans who responded to the tweet tagging a particular image from his wedding with wife Hazel Keech, that showed firecrackers lighting up. (Photo: Twitter)

The engagement of Zaheer Khan and Sagarika Ghatge in April 2017 came as a surprise for many, including Anil Kumble. Jumbo, however, created a gaffe in his congratulatory tweet for the couple by tagging renowned journalist Sagarika Ghose. Not only Kumble but IPL team Delhi Daredevils also committed the same blunder and the Twitterati trolled both Kumble and DD and told them “to get their facts right”. (Photo: Twitter)

Virender Sehwag, known for his wit on social media, got himself into hot waters after he posted an image indirectly trolling Gurmehar Kaur, daughter of a martyred Indian soldier in the Kargil war during February 2017. (Photo: Twitter)

Irfan Pathan faced criticism on social media after posting a selfie with his wife Safa Baig, Some of the social media users asked Irfan to ask his wife “wear hijab” and “not to wear nail polish” and “not to expose her arms”. The Indian cricketer was once again targeted lashed for wearing a Rakhi during Rakshabandhan. (Photo: Facebook)

Mohammad Kaif was a constant target of trolls in 2017 for following “un-Islamic life”. From playing chess with his son, to performing suryanamaskar and celebrating Christmas, the former India cricketer was slammed on the social media. (Photo: Twitter)
Tags: virat kohli, mithali raj, yearender 2017, social media trolls 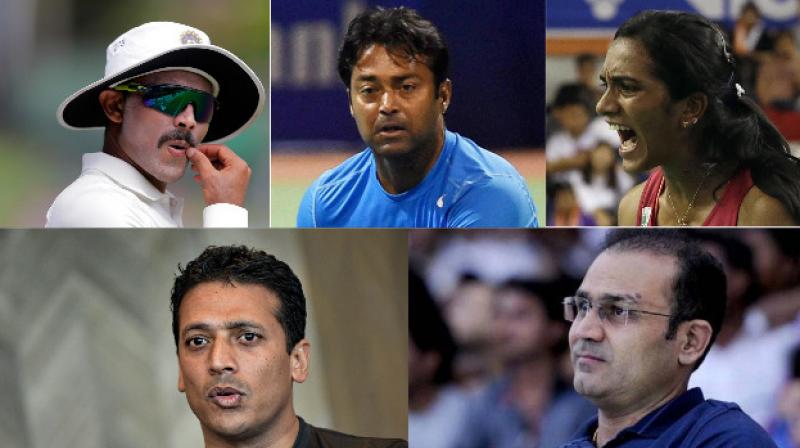 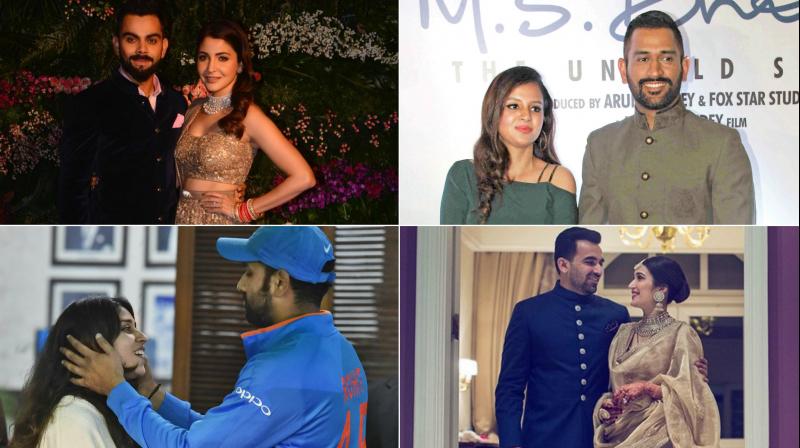 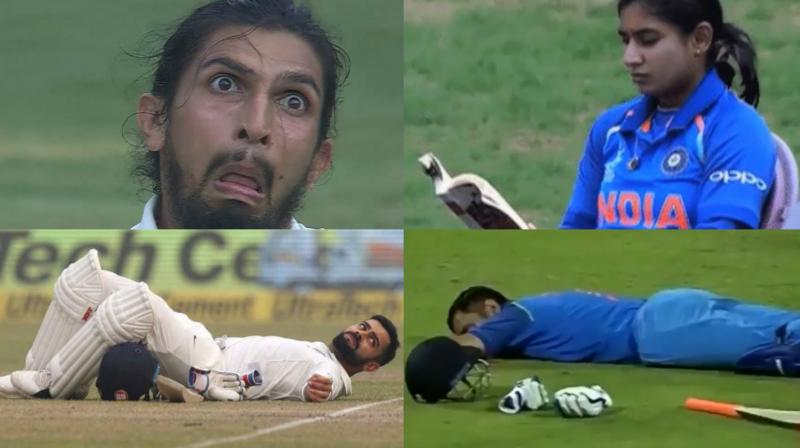