The Indian cricket team had a team bonding session by the bay at Saint Nevis on Tuesday. (Photo: BCCI)

A lot has changed since the appointment of Anil Kumble, this is one of a kind. (Photo: BCCI)

There you go, Ajinkya Rahane with the serve during the beach volleyball session. (Photo: BCCI)

India will play the first Test from July 21, but they landed a fortnight back to pump their adrenaline. (Photo: BCCI)

Umesh Yadav avoids the splash of water after the serve. (Photo: BCCI)

This doesn't look different from a Children's Day celebration in school when students shed uniforms to be in casuals. (Photo: BCCI)

KL Rahul (extreme right) is the most flashy in terms of casual wear among the crowd. (Photo: BCCI)

Shikhar Dhawan posed after the game of volleyball. (Photo: BCCI) 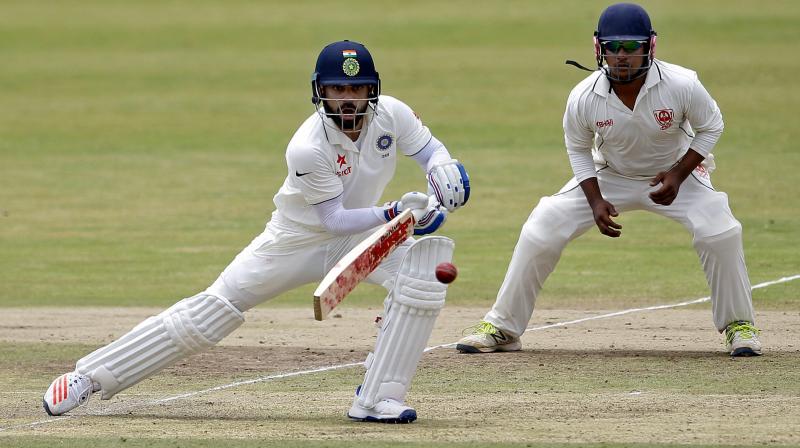 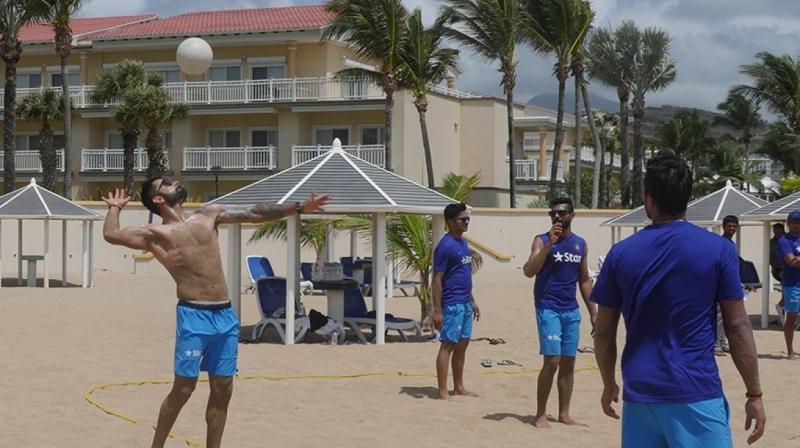 Virat Kohli and Co enjoy a session of beach volleyball