Kerala has been battered by torrential downpours since Aug. 8, with floods and landslides killing at least 357 people. About 800,000 people now living in some 4,000 relief camps. (Photos: AP, PTI )

The passenger plane of Alliance Air that landed at INS Garuda naval base in flood-hit Kochi, Kerala. (PTI)

Navy personnel along with volunteers rescue people who were trapped in the flood-hit areas in Thrissur. (PTI)

Rescue teams and local panchayats in the process of evacuating people from landslip-prone areas to relief camps at Kottayam district in Kerala. (PTI)

Army personnel pack up their material after carrying out rescue and relief operations in the flood-affected areas. (PTI)

Volunteers cook food for flood effected people at a relief camp set up inside a government run school in Alappuzha. (AP)

Women line up for food being distributed at a relief camp set up for flood effected people at a Christian missionary run school in Alappuzha in the southern state of Kerala. (AP)

A doctor attends to a man who has left his house in flood affected area to take shelter at a relief camp set up at a Christian missionary run school in Alappuzha in the southern state of Kerala. (AP)

Children looks at a volunteer from a social organization collecting funds for buying educational materials for children affected by floods in southern state of Kerala in Mumbai. (AP)

In pictures: Monsoon mayhem in Mumbai

In pictures | Mumbai records heaviest rainfall in over a decade, red alert issued

In pictures | A year since abrogation, education takes a hit in Jammu and Kashmir 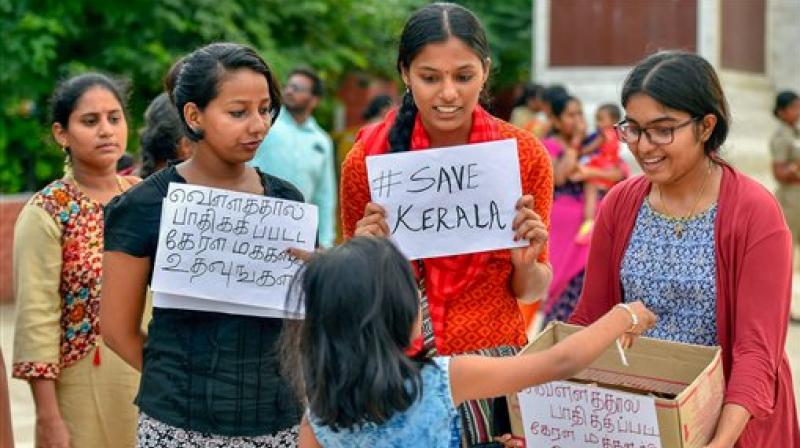 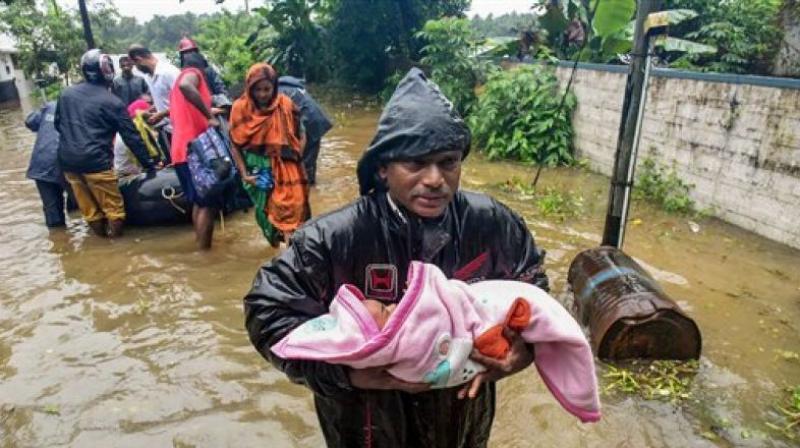