Christmas is an annual festival, commemorating the birth of Jesus Christ observed primarily on December 25 as a religious and cultural celebration around the world. (Photos: AP)

Christmas light are seen next to Milan's Duomo Cathedral, Italy, as it's illuminated by a new lighting system that was inaugurated recently. The new lighting consists of 574 new technology led floodlights that illuminate the terraces and the perimeter of the Cathedral.

A diver in a Santa Claus costume waves after feeding fish as part of the upcoming Christmas celebrations at Aquaria KLCC underwater park in Kuala Lumpur, Malaysia.

Zoo owner Manny Tangco sits beside an orangutan named 'Pacquiao' while wearing Santa Claus hats as part of their Christmas presentation at the Malabon Zoo in Manila, Philippines.

Children play with artificial snow in a wintery scene to celebrate the upcoming Christmas holiday at a shopping mall on the outskirts of Jakarta, Indonesia.

Indian vendors sell Santa Claus masks and caps on a street in Hyderabad.

A group of dancers and musicians during their performance on the Night of Candles a few days of Christmas night, in Vitoria, northern Spain.

A U.S. flag stands on top of a Christmas tree near by the tent of migrants at the Barretal shelter for Central Americans who arrived in caravans over the past two months and hope to enter the U.S. in Tijuana, Mexico.

Children clad in Santa Claus outfits pass by a wall painted in a festive theme during the opening ceremony of the Santa Village to celebrate the upcoming Christmas holiday at the Buncheon Station Plaza in Bonghwa, South Korea.

A 3D Christmas show displayed outside of a build in New Taipei City, Taiwan.

Red Square decorated for New Year celebrations is seen from a roof of the Moscow GUM State Department store with a Christmas market and the St. Basil's Cathedral in the background in Moscow, Russia.
Tags: christmas, christmas 2018, santa claus, christmas celebrations, photos, gallery 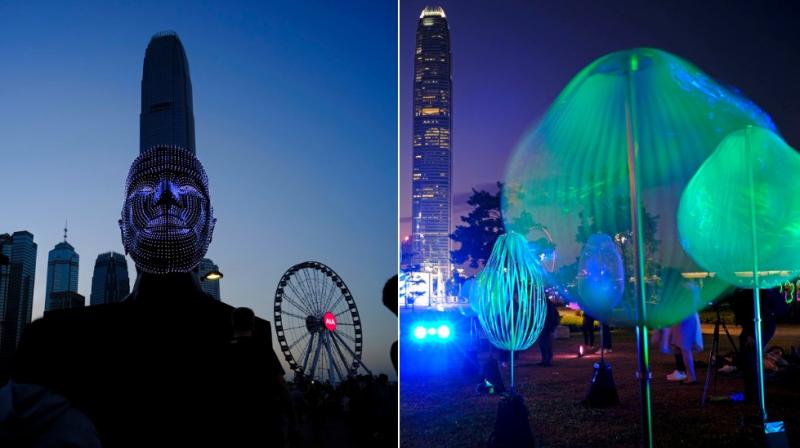 Hong Kong gears up for Christmas with Pulse Light Festival 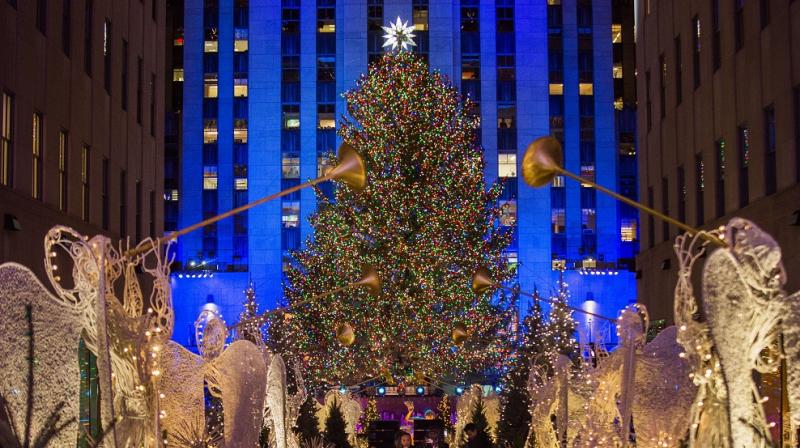 Christmas 2017: Cities across the globe light up to usher in Christmas