From rare Sumatran tigers, to an albino calf, escaped wolf and a runaway peacock who fled with turkeys, here are animals in news. (Photos: AP, PTI)

A leopord sits on a tree at in Surat zoo. (PTI)

Jasiri , a female of critically endangered eastern black rhinos, stands in its enclosure at the zoo in Dvur Kralove, Czech Republic, Tuesday, Nov. 20, 2018. Zoo parks from three European countries are joining forces to send their rhinos to Rwanda, an African country where the entire population of the animal was wiped out during the genocide in the 1990s. Jasmina and other four rhinos from the Dvur Kralove zoo in the Czech Republic, Flamingo Land in Britain and Ree Park Safari in Denmark are being gathered in the Czech zoo to get used to each other and ready for a transport to Rwanda's Akagera park in May or June 2019. (AP)

An albino buffalo calf stands in the herd in the Balaton Uplands National Park in Zalavar, 190 kms southeast of Budapest, Hungary, Wednesday, Nov. 21, 2018. The rare specimen was born in late October. (AP)

Archie, a Yorkshire Terrier who has performed in more than 125 performances of "The Nutcracker." Festival Ballet Providence has announced that its beloved 19-year-old Nutcracker dog is retiring from the stage. (AP)

Photo provided by the California Wolf Center shows a young male Mexican wolf that escaped from the Colorado Wolf and Wildlife Center on Nov. 11, 2018. The endangered wolf had been taken from the California center to the Colorado center to breed with other wolves and it escaped on the day it arrived in the town of Divide, Colo. U.S. government trappers are trying to recapture it. (AP)

Four young Sumatran tiger are guided by their mother Mayang, right, as they explore their enclosure after spending the first weeks of their life in their litter cave at the zoo in Berlin, Germany. (AP)

Forest department officials board an elephant on a truck after tranquilising it, in Haridwar, Friday, Nov 23, 2018. The elephant had allegedly killed three people in the last week. (PTI)

This undated photo taken from video provided by Rene Johnson, shows the peacock known as Pea. The bird belonging to Rene and Brian Johnson in Springfield, Vt., has been missing for six weeks since it ran off with a flock of turkeys. On Wednesday, Nov. 21, 2018 the Johnson's posted a message on the Vermont Fish and Wildlife Facebook page: "My peacock has run off with the turkeys. Do you have any suggestions on how to catch the little twerp?" (AP)
Tags: sumatran tiger, white rhino, peacock, wolf, animals, animal news, pets and environment 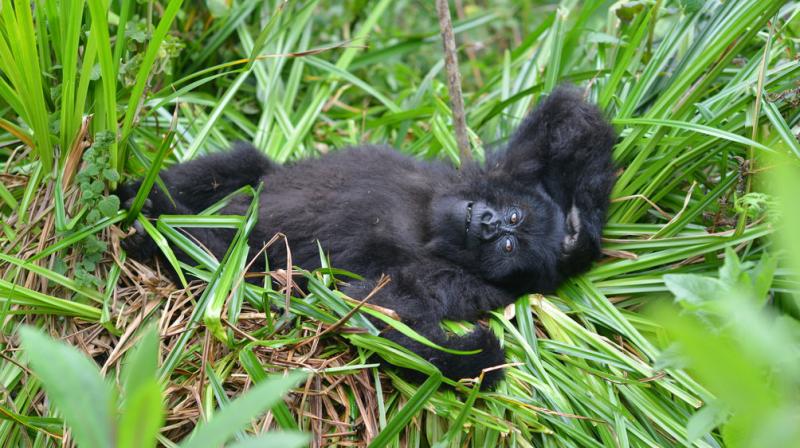 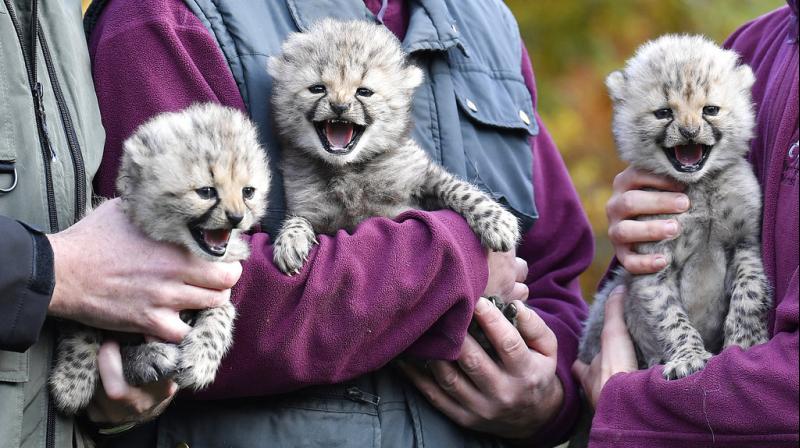 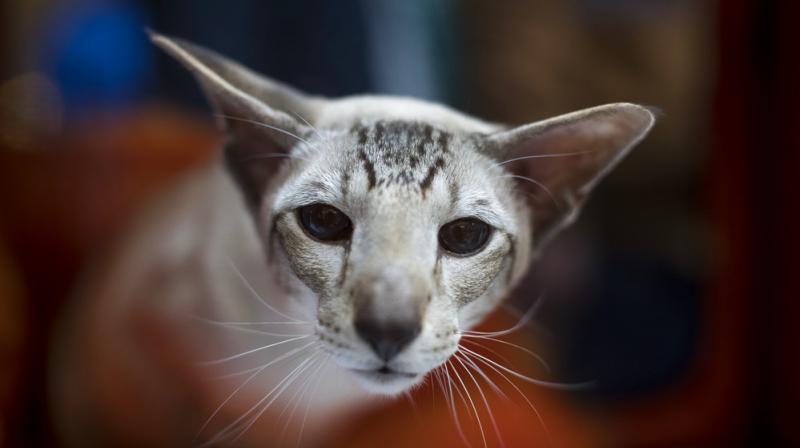 In photos: Animals who grabbed headlines this week