The Bun Festival which began as ritual for fishing communities to pray for safety became a showcase of traditional Chinese culture. Cheung Chau's Bun Festival, which draws thousands of locals and tourists alike is staged to mark the Eighth day of the Fourth Month, in the Chinese calendar which coincides with the local celebration of Buddha's Birthday. (Photos: AP)

Villagers carry a statue of a Chinese god during a parade on the outlying Cheung Chau island in Hong Kong to celebrate the Bun Festival.

One story of the origin of the festival is that in the 18th century the island of Cheung Chau was devastated by a plague and infiltrated by pirates until local fishermen brought an image of the god Pak Tai to the island. Paraded through the village lanes, the deity drove away evil spirits. Villagers also disguised themselves as different deities and walked around the island to drive away the evil spirits.

At the Bun Festival, the Taoist God of the Sea, is worshipped and evil spirits are scared away by loud gongs and drums during the procession. The celebration includes bun scrambling, parades, opera performances, and children dressed in colorful costumes.

A man stamps the sign featuring the Chinese character "Peace" on buns for sale.

Shopkeepers sell the buns with the sign featuring the Chinese character "Peace" on the outlying Cheung Chau island.

Villagers carry a bun tower during a parade on the outlying Cheung Chau island in Hong Kong to celebrate the Bun Festival.

Villagers stand in front of the King of ghosts on the outlying Cheung Chau island in Hong Kong to celebrate the Bun Festival Tuesday, May 22, 2018. Thousands of local residents and tourists flocked to an outlying island in Hong Kong to celebrate a local bun festival on Tuesday despite the recording-breaking heat. The festival features a parade with children dressed as deities floated on poles. Later on Tuesday, contestants will take part in bun-scrambling competition. They will race up a 14-meter bamboo tower to snatch as many plastics buns as possible. Buns that are higher up are worth more points.

Participants climb up the bun tower during the bun snatching competition.

Participants climb up the bun tower during the bun snatching competition on the outlying Cheung Chau island in Hong Kong. The centrepiece of the festival is at Pak Tai Temple where the "Bun Mountains" or "Bun Towers" stand. These are three giant 60-feet bamboo towers covered with buns. It is these bun-covered towers that give the festival its name.
Tags: china, hong kong, bun festival, buddha, peace, photos, gallery, travel, tourism 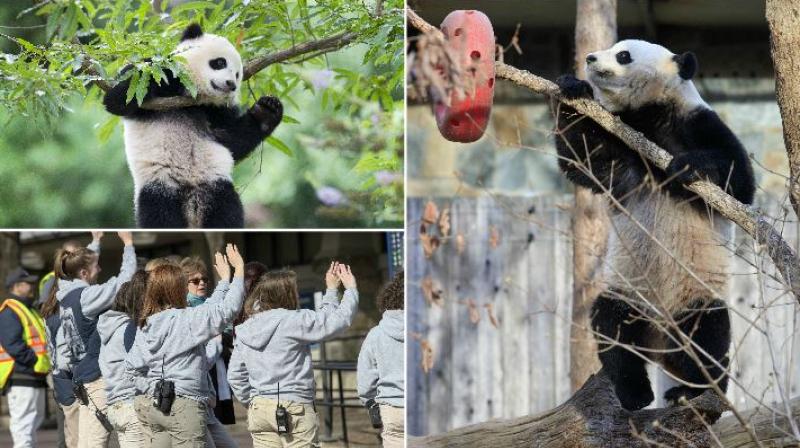 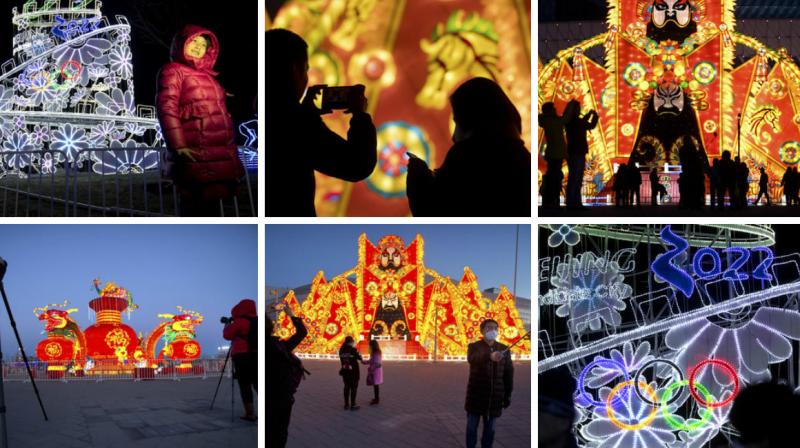