People enter the main entrance during heavy rain at the opening of the 184th Oktoberfest beer festival in Munich, Germany, Saturday, Sept. 16, 2017. The world's largest beer festival is held from September 16 until October 3. (Photo: AP)

Munich's Mayor Dieter Reiter, center, taps the first beer barrel during the opening Oktoberfest. Since 1950, the festivities only begin when, at noon, 12 guns sound a salute and the mayor cracks open the first beer barrel, yelling “O’ zapft is!” (“It’s tapped!”) (Photo: AP)

Young men celebrate the opening of the 184th Oktoberfest in the 'Paulaner brewery' tent. The prices for a big mug of beer have gone up again and visitors have to pay 10.95 euros (about $13) per glass - 25 cents more than last year. (Photo: AP)

Herds of people celebrate at the 184th Oktoberfest. Oktoberfest is the world's largest beer festival and travelling funfair. It is held annually in Munich, Bavaria, Germany.(Photo: AP)

A young woman struggles for beer. The first Oktoberfest was held in 1810, as a wedding feast honouring the union of Bavarian King Ludwig I and Maria Theresia of Saxonia. (Photo: AP)

A waitress carries beer mugs during the opening of the 184th Oktoberfest. In November of 2008, Bavarian waitress Anita Schwartz carried 19 steins (beers) and walked 40 metres without spilling any, and broke the records of most beer steins carried at once. (Photo: AP) 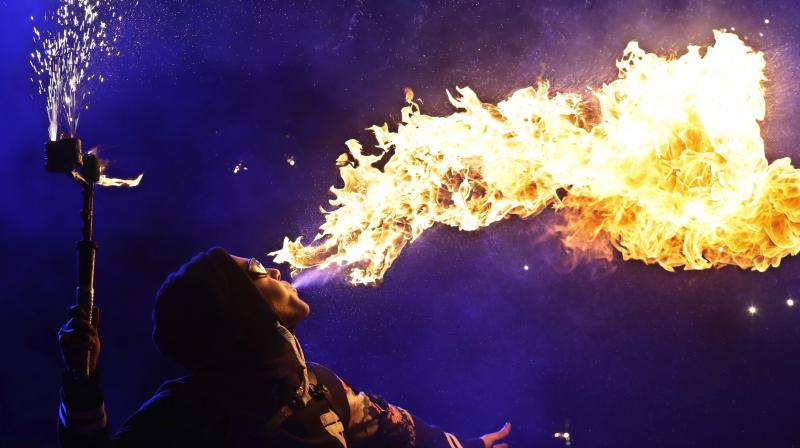 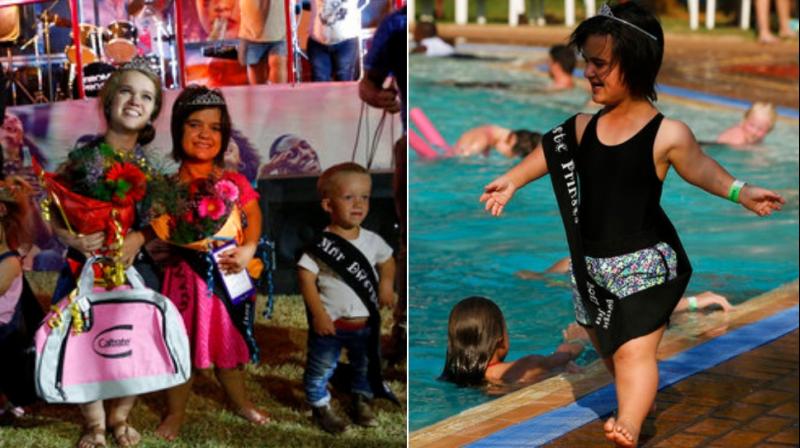 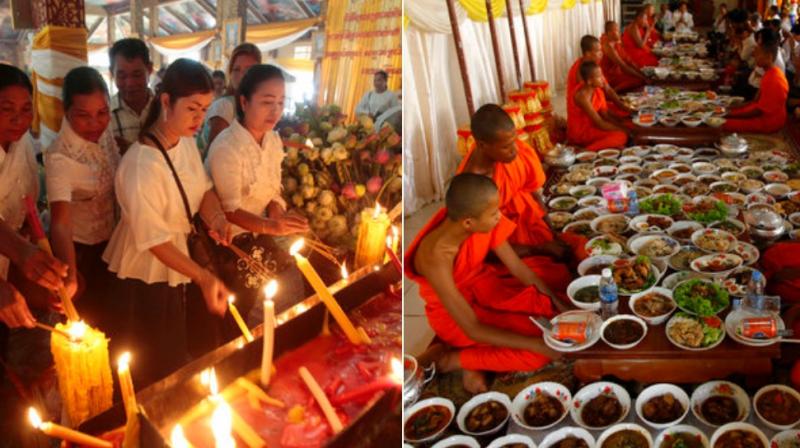