Generations. An elderly man along with a child looks at the deity placed inside the thakur dalan of a house. (Photo: Suprotim Nandi)

Waiting for the Goddess to arrive. (Photo: Sammya Brata Mullick)

Lightworks mimicking a ship and an eagle enroute to a popular puja pandal. (Photo: Supratim Chakraborty)

Ahiritola Yubak Brinda is celebrating Pujo which is based on an unique theme - the rights of sex workers in Calcutta. This is the first time such an alpona has been created in Calcutta. (Photo: Sammya Brata Mullick)

A traditional idol at a marquee. (Photo: Subhajit Biswas)

A traditional idol at a popular North Kolkata pandal. The organisation is celebrating 100 years of puja this year. (Photo: Supratim Chakraborty)

The Goddess as a normal woman. (Photo: Priyanka Dutta)

The facade of the marquee has been created like a fresco painting, even the idol within resembles a painting mural. (Photo: Joyjeet Gupta)

The Goddess is decked up in all her fineries at Chor Bagan, Sil bari, Kolkata. (Photo: Sammya Brata Mullick) 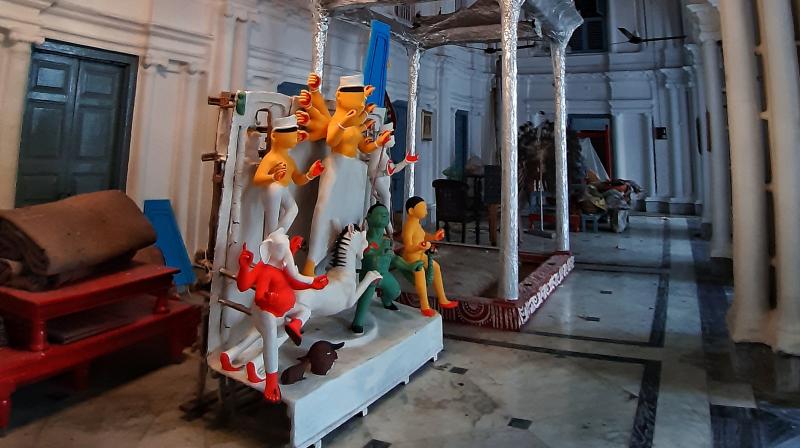 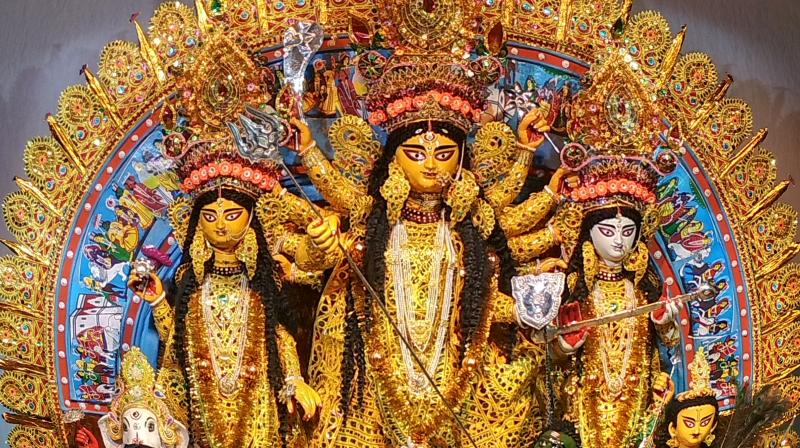 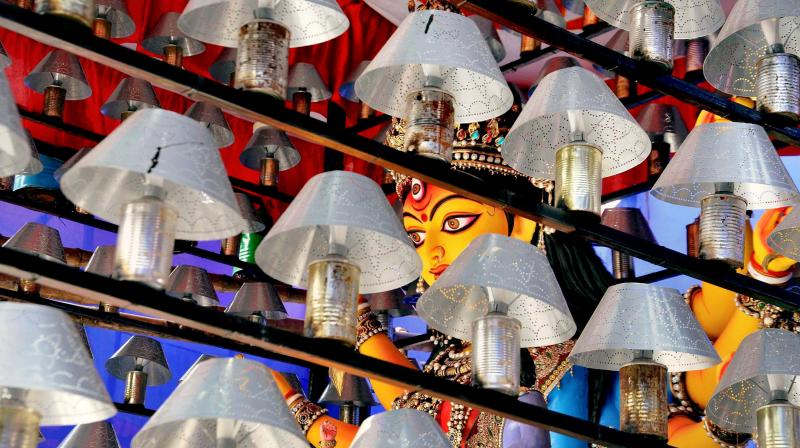 Art is celebrated through Durga Puja installations across nation