The team of the film ‘Gully Boy’ were snapped first time, as they met at a studio in Mumbai late on Wednesday. (Photo: Viral Bhayani)

Alia Bhatt arrives at Shankar Mahadevan’s studio for a session related to the film. The actress plays the lead in the film opposite Ranveer Singh.

Zoya Akhtar is the director of the film. She is directing a film almost three years after the success of ‘Dil Dhadakne Do.’

Ranveer Singh was at his typical animated best posing for the shutterbugs stationed outside. He was also a part of Zoya’s last directoria’ ‘Dil Dhadakne Do.’

Rapper Divine was also present for the session. Ranveer is playing a character based on him and other desi rappers in the film.
Tags: ranveer singh, alia bhatt, zoya akhtar, naezy, gully boy 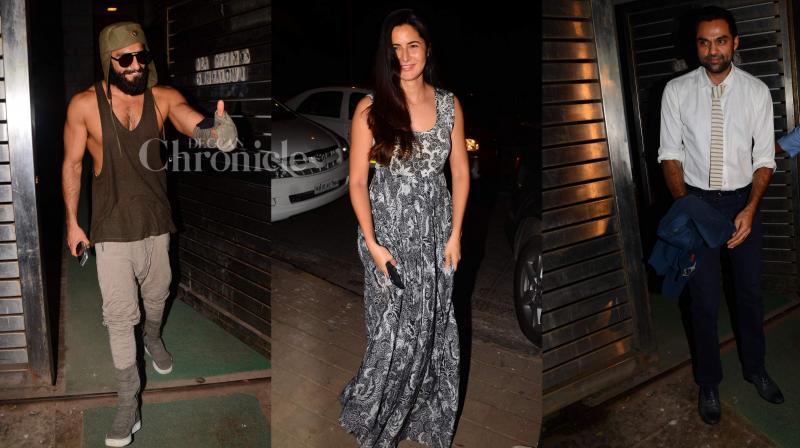 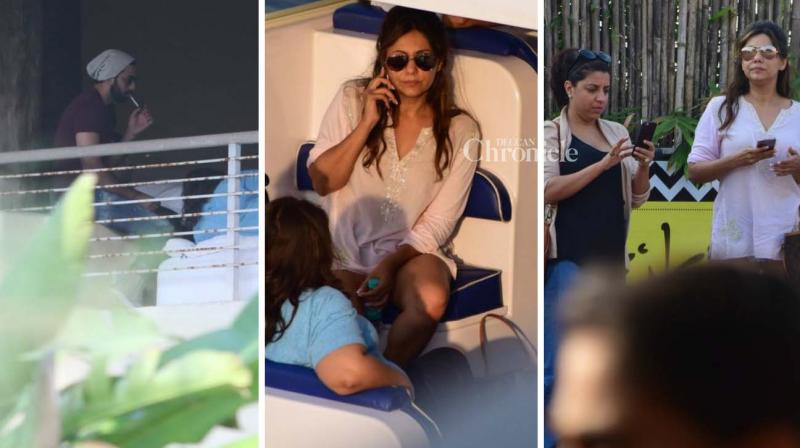 Gauri, Ranbir, Zoya, others were high on style for Shah Rukh's birthday