With their films up for release, Bollywood celebrities were spotted at respective promotional events in Mumbai on Wednesday. (Photos: Viral Bhayani)

Shraddha Kapoor was spotted at a promotional event for her upcoming horror comedy ‘Stree’ without her leading man Rajkummar Rao.

The actress upped the oomph quotient on arrival in an LBD and posed in style for the cameras.

There’s mystery over the fact if she is actually ghost aka ‘Stree’ in the film and we wonder if this warning holds the answer, which will be revealed in a cinema near you on 31 August.

The team of ‘Pataakha’, lead actor Sunil Grover and the director Vishal Bhardwaj, along with singer-wife Rekha, were spotted during intense discussions for the film.

Popular singer Arijit Singh has lent his voice for a song, composed by Bhardwaj himself, for which they geared up together.

The singer is known to be reclusive, but it’s good to snap him while he is in the midst of doing what he is loved around the world for.

Aayush Sharma and Warina Hussain promoted their film ‘Loveratri’ at a college in town and showcased their dance moves.

The film is based on the Gujarati dance form Garba and the students got a taste of how it’s done from the debutants.

Another debutant pair, Avinash Tiwary and Tripti Dimri, also displayed their moves at a concert for their film ‘Laila Majnu.’

As the name suggests, the film is an adaptation of the epic love story and is produced by Imtiaz Ali and Ekta Kapoor.

Mohit Chauhan, who has lent his voice to some of the biggest chartbusters in Imtiaz’s films, was seen crooning with the filmmaker. 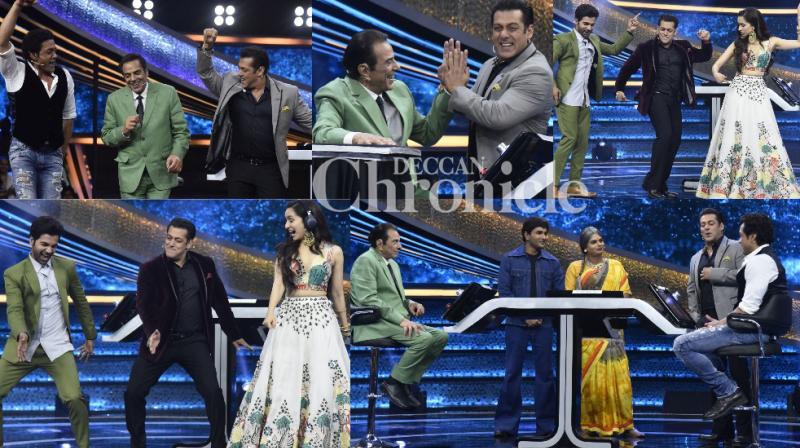 Moves and laughs for Salman as he bonds with Shraddha, Rajkummar, Deols 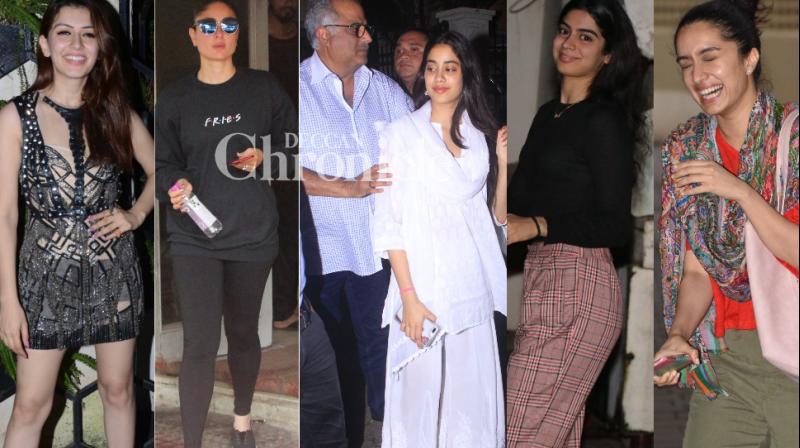