B-Town celebrities made it a busy day for the paparazzi who stepped out to capture them in Mumbai on Wednesday. (Photos: Viral Bhayani)

Shahid Kapoor’s wife Mira stepped out to pick her daughter Misha, who recently turned 2, from playschool in Bandra.

A traditionally formal dressed Deepika Padukone was all smiles for the cameras who were waiting at the airport to click her post her journey.

'Dhadak' actress Janhvi Kapoor was among the other stylish travellers, dressed in Indian wear, on arrival at the airport.

Jacqueline Fernandez was up to several quirks during activities at an event for a renowned cosmetic brand.

Bhumi Pednekar, who was seen in the anthology ‘Lust Stories’ earlier this year, was snapped by the paparazzi in Juhu.

Vidya Balan, who won most of the awards for best actress this year, acknowledges the cameras at a dubbing studio.

Tiger Shroff, who is currently working on ‘Student of the Year 2’, was seen post dance practice for the film in Juhu.

His co-star, soon-to-be debutante Ananya Panday was also seen at the venue, though we wonder why the third actor, Tara Sutaria has been missing from it.

Sonam Kapoor was seen along with Kiran Rao and Anupama Chopra at a dinner event regarding the MAMI film festival. 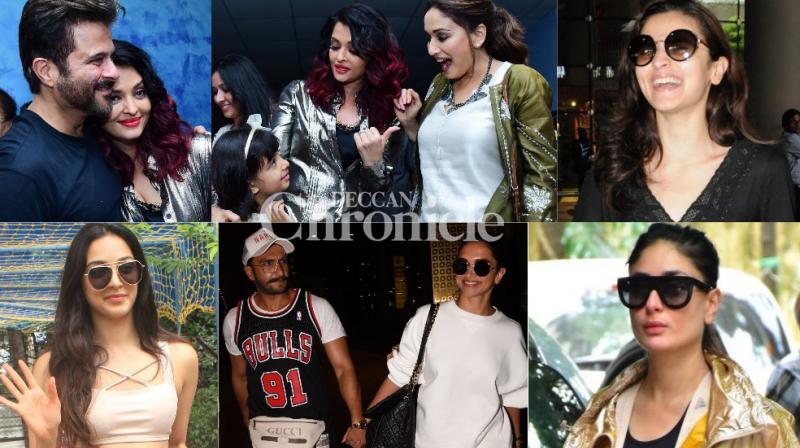 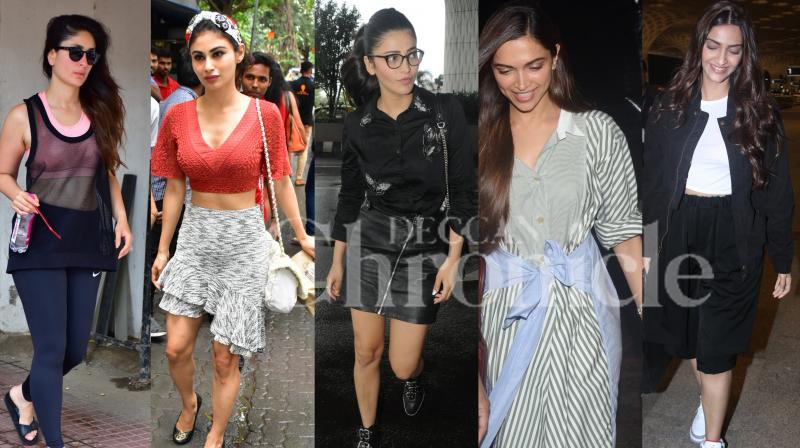