Bollywood stars stepped out, most of them with family and loved ones, in Mumbai on Sunday. (Photos: Viral Bhayani)

Arbaaz Khan, who is next producing 'Dabangg 3', and his son Arhaan were spotted arriving for dinner at a restaurant in Bandra.

The actor-producer’s rumoured girlfriend Georgia Andriani was also present at the dinner. His ex-wife Malaika Arora Khan is usually present at their gatherings, but with Georgia in tow, only sister Amrita was seen.

Akshay Kumar, who is gearing up for release of ‘Gold’, took his family out for dinner at a restaurant in Bandra Kurla Complex.

Son Aarav was missing, but Twinkle Khanna and Nitara lloked breezy in their outfits on exit from the restaurant.

Arjun Kapoor, who will next be seen in 'Namastey England', and sister Anshula Kapoor watched a film together at a multiplex in Juhu.

Their half-sister Janhvi Kapoor, who recently made her debut in ‘Dhadak’, was also spotted with them.

Kareena Kapoor Khan, who recently stunned at a fashion show in Delhi, met mother Babita at her residence in Bandra.

Chunky Panday and daughter Ananya, who will make her debut with ‘Student of the Year 2’, had lunch at a restaurant in Bandra.

Apart from those with family, there were some who stepped out solo, Kangana Ranaut in formal look at the airport.

Shraddha Kapoor, whose ‘Stree’ trailer was released recently, was all smiles on arrival for her journey.
Tags: arbaaz khan, akshay kumar, georgia andriani 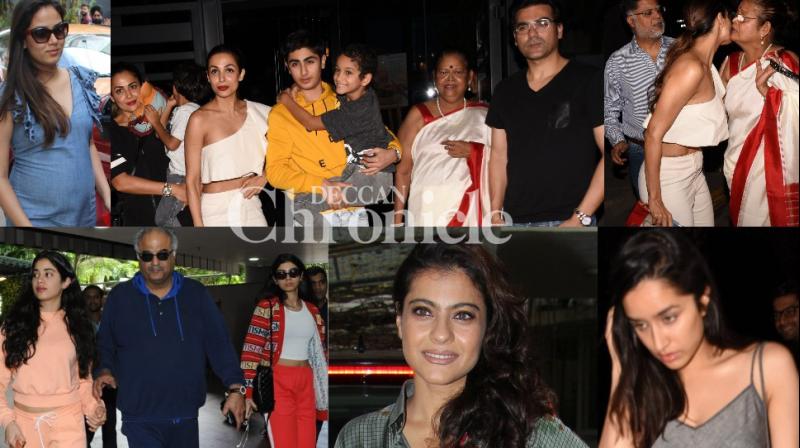 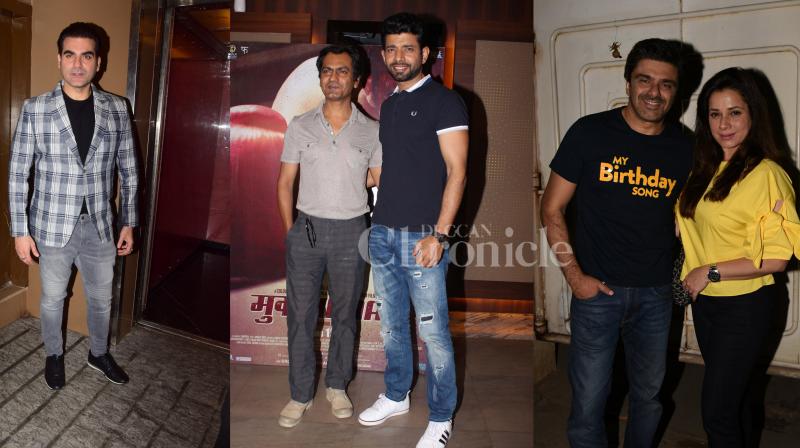