Bollywood stars made it to paparazzi snaps as they headed out for professional and personal reasons in Mumbai on Saturday. (Photos: Viral Bhayani)

After brouhaha about walking out of Salman Khan’s film ‘Bharat’ over alleged engagement to Nick Jonas, Priyanka Chopra was snapped at the airport. But there was no engagement ring spotted on her fingers.

Hrithik Roshan stepped out to watch a movie with ex-wife, interior designer Sussanne Khan and son at a multiplex in Juhu.

The ex-couple regularly hangs out despite divorce and rumours mills have never kept calm about a possible reconciliation.

Another couple, Varun Dhawan and Natasha Dalal were clicked on arrival at their airport as they reportedly set off for a holiday in London.

The other couple at the airport was Sonam Kapoor and Anand Ahuja, who were at their usual fun best for the cameras. Did you notice the portrait on Sonam’s top? It seems ‘Mr. India’ is her favourite film of father Anil Kapoor.

Sanjay Dutt had guests, most of them Bollywood celebrities like Chunky and Bhavana Panday, at his residence in Bandra as he celebrated his birthday.

A screening of upcoming film ‘Mulk’ was held in the city, where director Anubhav Sinha, Rishi and Neetu Kapoor and Taapsee Pannu were spotted.

Kiara Advani looked beautiful dressed in a mint green lehenga with shiny floral embroidery and matching necklace as she walked the ramp at the India Couture Week in Delhi.

The actress made her debut at the couture week and was the showstopper for designers Shyamal and Bhumika.

Kiara is currently in the news for appreciation for ‘Lust Stories’ amid reports of being signed for a Karan Johar film.
Tags: priyanka chopra, hrithik roshan, kiara advani 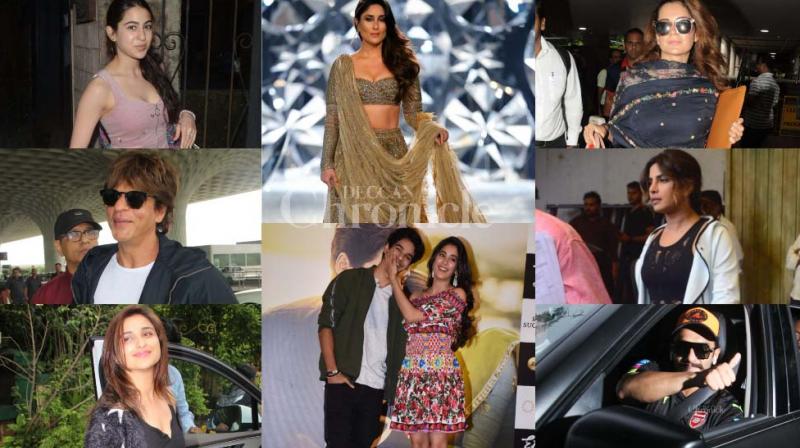 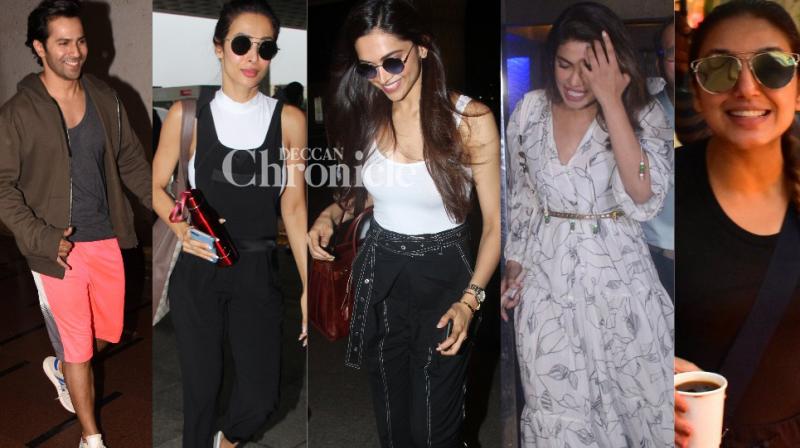