Mangesh Hadawale is the director of the short film, which is based on Prime Minister Narendra Modi's early life, and posed with his young child actor who is the protagonist.

After President Ram Nath Kovind felicitated the team, it was turn of Maharashtra Chief Minister Devendra Fadnavis and BJP President Amit Shah’s turn to watch it.

Akshay Kumar, who is known for backing government-related ventures, led the representation from Bollywood.

Kangana Ranaut proved how effortlessly she can manage both traditional and western, having sizzled in a gown the day before.

She also posed with Central Board of Film Certification chief and writer-lyricist Prasoon Joshi on the red carpet.

Sachin Tendulkar, who always is ready to back new ventures, like he did for ‘Soorma’ recently, was also spotted.

Another biggie who attended the event was businessman Mukesh Ambani, whose son Akash’s engagement recently saw the who’s who of Bollywood.

Mukesh Ambani’s younger son Anant Ambani was also among the celebrities seen arriving for the screening.

Aftab Shivdasani arrived with wife Nin Dusanjh for the event, and posed with Gulshan Grover before the start of the film.

Madhur Bhandarkar is yet to announce his next film after ‘Indu Sarkar’ which was set in Emergency period.

His lead actress from that film, Kirti Kulhari, impressed with her traditional style at the screening.

Anu Malik is currently in the news for being a judge on the singing-based reality show ‘Indian Idol’, which is into its 10th season.

Ravi Kishan was seen in Anurag Kashyap’s ‘Mukkabaaz’ among other films down South earlier this year.

After Shahid Kapoor, now his half-brother Ishaan Khatter is the latest to have studied dance from Shiamak Davar.

Fadnavis’ wife Amruta Fadnavis, who has lent her voice to Bollywood songs, was seen with Sanjay Khan, Zarine Khan and Akbar Khan.

Ameesha Patel will next be seen opposite Sunny Deol in ‘Bhaiaji Superhit’ which is set to release on October 19.
Tags: akshay kumar, chalo jeete hain, kangana ranaut 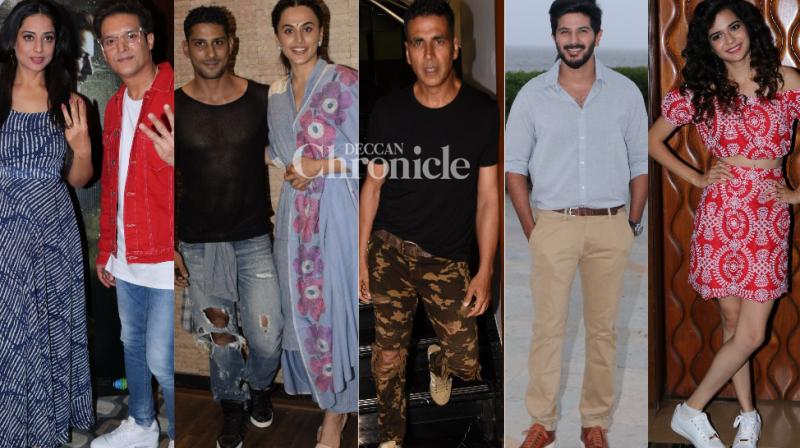 As their ventures’ release dates near, Akshay, Taapsee, DQ, others on duty 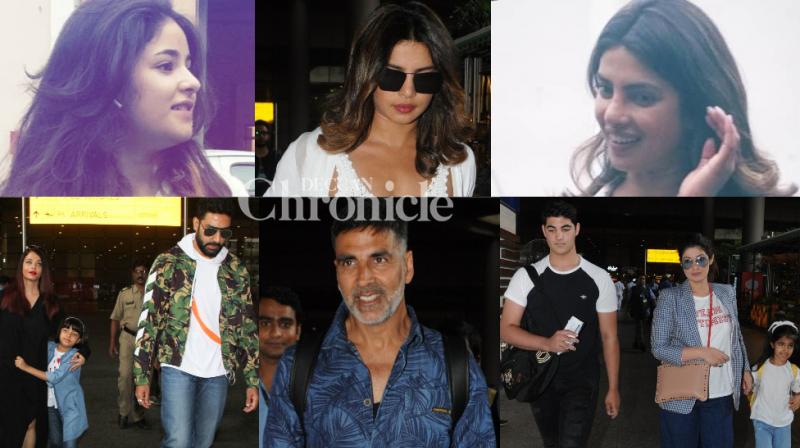