Bollywood stars were spotted in various parts of the country as they promoted their upcoming films. (Photos: Viral Bhayani/Twitter)

With exactly a month left for the release of ‘Sui Dhaaga: Made in India’, Varun Dhawan and Anushka Sharma promoted the film in Jaipur.

A good gathering of fans assembled to catch a glimpse of the popular stars, who even clicked a selfie with them.

With the film based on the theme of weaving, sewing and stitching clothes, a special car was also designed with similar works on the occasion.

The city is known for the palaces and spacious properties and the leading pair surely seemed to enjoy it.

Varun didn’t get quite get enough of his Rajasthani topi, which Anushka was seen holding on their way back to Mumbai at the airport.

Kajol arrived on the sets of ‘Dance Deewane’, where Madhuri Dixit-Nene is one of the judges to promote 'Helicopter Eela' and bumped into Asha Bhosle on the sidelines, who showed affection to the ‘Dhak Dhak’ girl.

Surprisingly, despite decades of experience in the industry, the two actresses have never worked with each other and this union was surely a pleasant sight.

Not just selfies, the bonding was surely on display as they sat together on the judges’ chairs.

Asha Bhosle happened to be in the same studios for the shoot of the reality show ‘Dil Hai Hindustani’ where the team of ‘Laila Majnu’, Imtiaz Ali and his leads Avinash Tiwary and Tripti Dimri, and the judges Badshah, Pritam and Benny Dayal were spotted.

Sunidhi Chauhan, who is also among the judges, was seen grooving with the lead pair on the stage.

‘Dhadak’ director Shashank Khaitan might have made his actors dance to his tunes all this while, but showcased some of his moves with Kajol on the stage.

The actress, whose film now releases on October 12, also posed with the other judge Tushar Kalia and host Arjun Bijlani.

‘Stree’ film leads Rajkummar Rao and Shraddha Kapoor were spotted at the unveiling of a multiplex chain’s new opening.

‘Stree’, which is a horror comedy directed by Amar Kaushik and produced by Dinesh Vijan, releases on 31 August for which the duo has been on a promotional spree.

Shraddha will be seen on the big screen after almost a year since ‘Haseena Parkar’, with this horror comedy.

On the other hand, Rajkummar Rao is known for doing multiple films in a year, ‘Stree’ being his third of the year.

Abhishek Bachchan, who plays a Sikh in ‘Manmarziyaan’, along with one of the producers, Aanand L Rai, visited Golden Temple in Amritsar.

It is a general norm for Bollywood celebrities to visit places of worship before release and Golden Temple is one of the likeliest places.

The actor was also seen indulging in the activities at the popular shrine, including washing dishes. for the 'langar.'

Later, the actor also had lassi and other Amritsari food items at the local shops, where the writer of the film, Kanika Dhillon was also spotted.

The team of the upcoming film ‘Mitron’, lead pair Jackky Bhagnani and Kritika Kamra also stepped out for promotions.

Jackky is retuning to the big screen in a full-fledged manner after ‘Welcome 2 Karachi’, which had released in 2015.

Kritika is among the most popular TV actresses and makes her big screen debut with this Nitin Kakkar directorial. 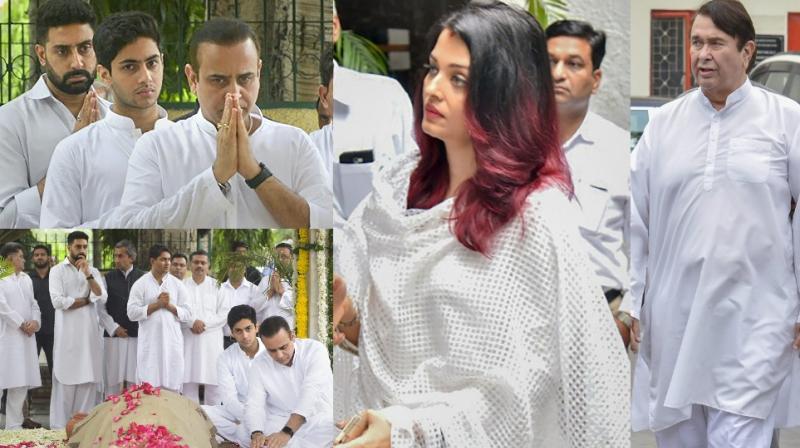 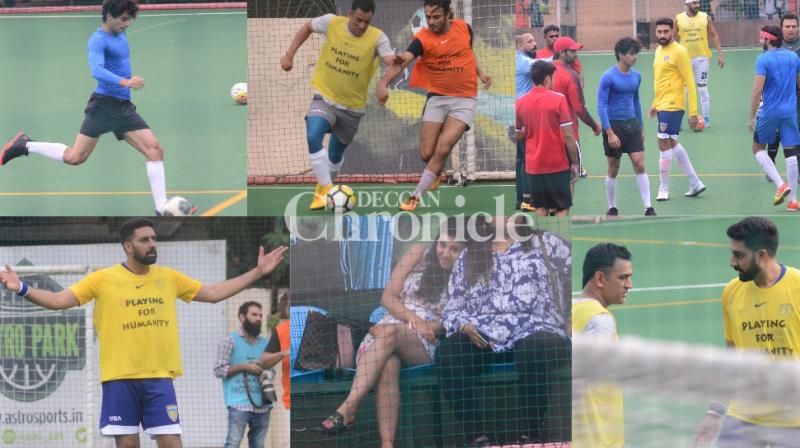 Sakshi in attendance as Dhoni shows footy skills with Abhishek, Ishaan, others