Sunny Deol and Shreyas Talpade, the lead actors of 'Poster Boys', promoted their upcoming film on the sets of the reality show 'Comedy Dangal' in Mumbai on Sunday. (Photo: Viral Bhayani)

With the theme of 'Dangal' associated with the show, even Sunny and Shreyas, who is also the director of the film, posed like wrestlers on the show. Their 'partner-in-crime' Bobby Deol, however, was not present for the shoot.

Sunny Deol was happy to perform an act involving vegetables with popular comedian Bharti Singh on the show. Looking at the picture, it seems one of those 'dhai kilo ka hath' jokes.

The duo joined with Bharti Singh, Mubeen Sadagar and others for an act. Sunny and Shreyas would hope their film also brings a smile on audiences' faces like this show has been doing.

Anu Malik is also among the judges on the show, who also joined in one of the acts. The music composer showcased another facet as judge apart from his trademark 'shayaris'.

The duo pose with the other members of the team. With their film also a comedy, the reality show was the perfect way to reach the right target audience.
Tags: poster boys, sunny deol, bharti singh, comedy dangal 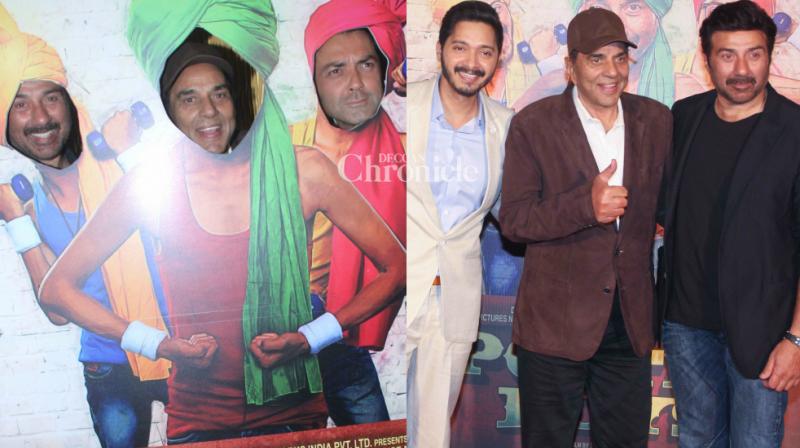 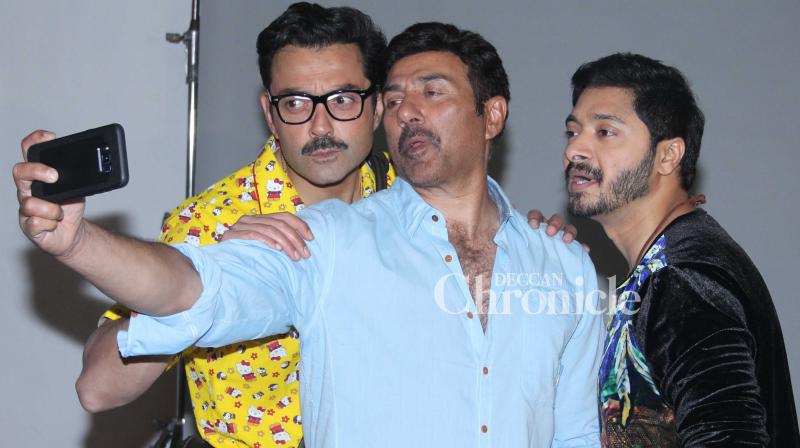