Fans and media persons gathered at the venue to catch a glimpse of the star. The superstar usually celebrates his birthday at the same place.

MS Dhoni was a surprise guest spotted arriving at the venue. He was spotted few hours ago at the wedding reception of Virat Kohli and Anushka Sharma.

Sonakshi Sinha is set to feature opposite Salman in ‘Dabangg 3’, having made her debut with the first instalment of the franchise.

Sohail Khan had featured alongside brother Salman in ‘Tubelight’ earlier this year. The film, however, flopped at the box office.

Arbaaz Khan was also spotted arriving for the bash. The actor’s film ‘Tera Intezaar’ opposite Sunny Leone had failed at the box office.

Sooraj Pancholi was launched by Salman in ‘Hero’ opposite Athiya Shetty. The actor is yet to do his second film since then.

Suniel Shetty and Salman have been good friends over the years, with the latter also launching his daughter Athiya Shetty in ‘Hero.’

Himesh Reshammiya has had an on and off relationship with Salman over the years, and the composer has lent music for several of his films.

Sajid, from the music composer duo Sajid-Wajid, was also present at the event. The duo has also composed music for several of Salman’s films.

Vatsal Sheth, who recently got married to Ishita Dutta, has been close to the Khan family, having worked with Salman and Sohail in ‘Heroes.’

Sneha Ullal was launched as ‘Aishwarya’s lookalike’ in ‘Lucky: No Time for Love’ years ago. However, the actress could not make it big in Bollywood.
Tags: salman khan, katrina kaif, ms dhoni, sonakshi sinha 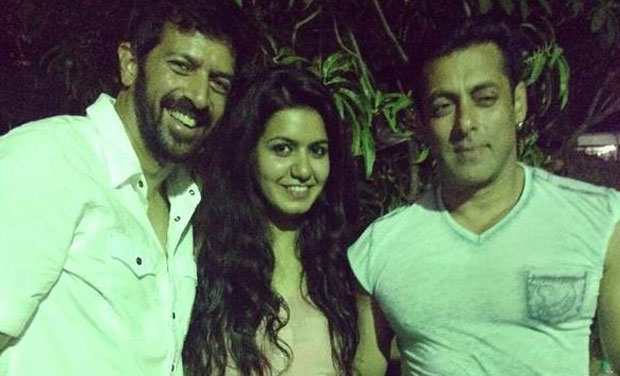