The team of upcoming historical film 'Raag Desh' held a march at Vijay Chowk near Parliament in Delhi on Tuesday. (Photo: Viral Bhayani)

Director of the film Tigmanshu Dhulia and actors Kunal Kapoor and Mohit Marwah snapped during the march.

The film is based on the trials faced by Subhash Chandra Bose's Indian National Army.

40 people dressed in army uniform were part of the special march. 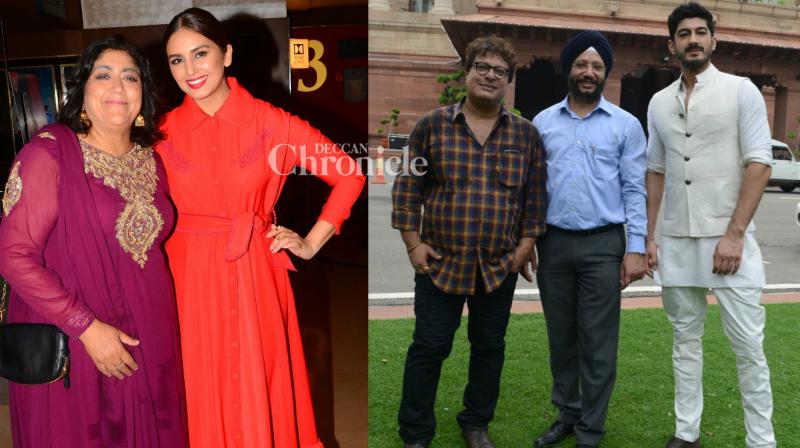