'Ventilator' was the first production venture of the actress that released.

Priyanka seems delighted with the work of Mapuskar and his team.

Priyanka was all smiles at the bash. (Photo: Twitter)

Priyanka even interacted with the media who were waiting to talk to the actress.

The special cake that was made for the occasion. (Photo: Twitter)

Priyanka shared this picture with her mother Dr. Madhu Chopra, also among the producers on the film, on Instagram with a touching caption on it.
Tags: priyanka chopra, ventilator, rajesh mapuskar, madhu chopra 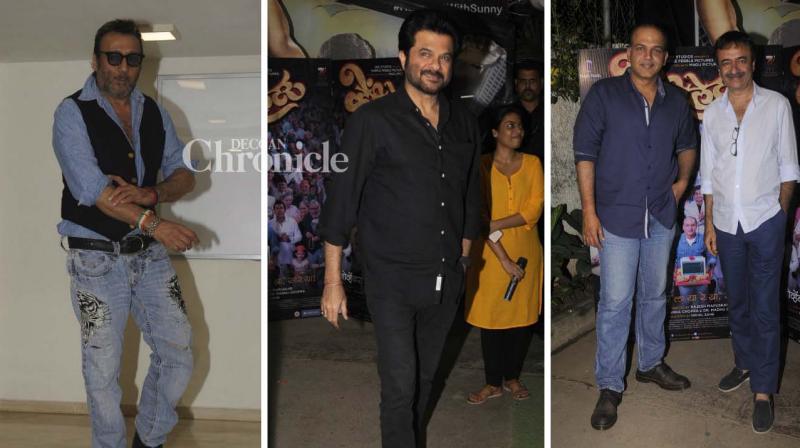