Star cast of the film 'Parched'.

Tannishtha Chatterjee, who plays the role of 'Rani' in the film, looked splendid in a black dress.

Radhika Apte, who has earned rave reviews for her character 'Lajjo' in 'Parched', was all smiles.

Surveen Chawla was dressed casually and looked pretty. Chawla plays the role of 'Bijli'in the film.

The star cast of 'Parched' posing for the shutterbugs.

Sayani Gupta, who has a cameo in the film, attended the screening.
Tags: parched, surveen chawla, radhika apte, tannishtha chatterjee 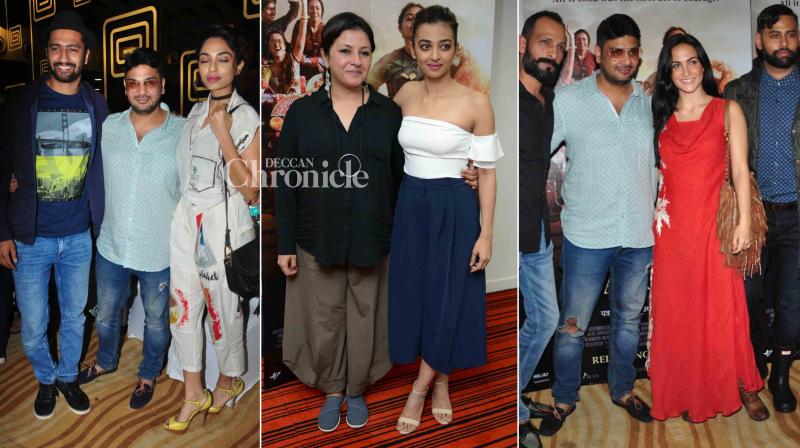 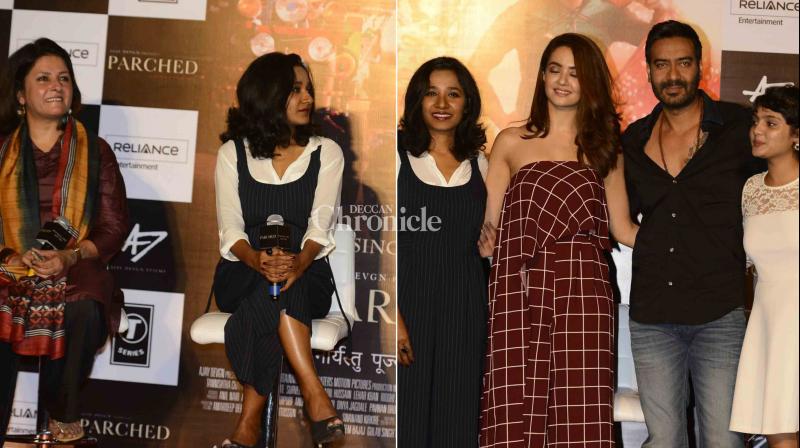