The team of 'VIP 2'. led by Dhanush, Soundarya Rajinikanth and Kajol promoted the film in New Delhi on Monday. (Photo: Viral Bhayani)

Dhanush is not just the actor, but also the producer and writer of the film.

Soundarya Rajinikanth is the director of the film.

The team interacts with the media and audiences at the press conference.

Dhanush and Kajol came out in style for the event.

'VIP 2' was earlier set to release on July 28, but has been pushed to August.
Tags: vip 2, kajol, actor dhanush, soundarya rajinikanth 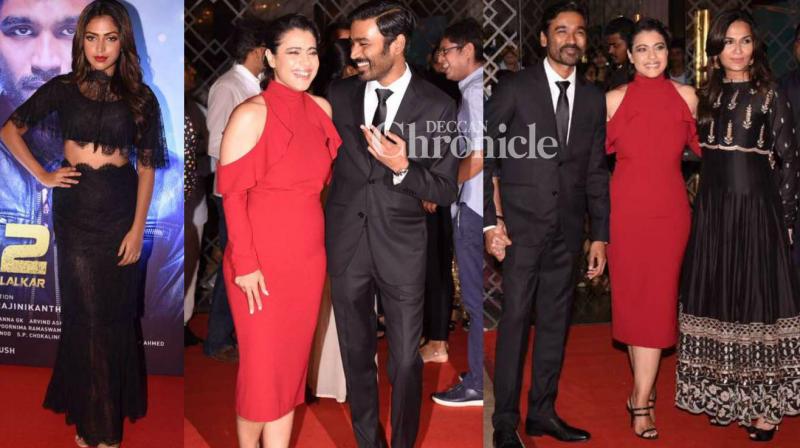