After months of waiting, Salman Khan and Anshka Sharma finally launched the trailer of their upcoming film 'Sultan', at an event in Mumbai on Tuesday evening. Photo: Viral Bhayani

Salman and Anushka, who will be seen romancing each other in the film, spoke about love, wrestling and their time on sets at the 'Sultan' trailer launch.

Fans were given a brief description of Sultan's plot in the 3.19 minute trailer.

The event held last evening, saw Salman at his witty best and Anushka going gaga over her charming co-star.

At the event, Salman joked that he enjoyed filming his scenes in langots, and said that he now knows how actresses feel when they shoot in swimsuits.

Salman also assured fans that the wrestling scenes in the film were real, and that it took a toll on him.

"Wrestling in the film is real. There is no cable. I used to feel lag rhi hai. They (the wrestlers) were not film-fighters who would give you leap. They would expect you to strike back. That was difficult. There were MMA training, gymming and 6 hours of shoot. That took a toll on the body," Salman said at the event.

Salman also said that Anushka was able to perform her stunts and fight scenes without getting hurt, unlike him who got a good beating while shooting for the film.

Talking about her character, Anushka said that she trained very hard for the film. Talking about wrestling in the muddy ring, she said, "In the beginning I used to feel very uncomfortable. Later I had to convince myself and then I was fine. I didn't use a body double."

When asked about her time working with Salman, Anushka said, "I will talk about him. He is a refreshing person to work with. With Salman, it is 'what you see is what you get'. He is blessed. He has lot of people who love him. Since I was announced, the messages and love I got from fans, was unbelievable. He has worked really hard."

Salman kept the jokes flowing about his time on sets. He spoke about stripping into shorts saying, "When I was walking from my van to the location, I had tears in my eyes, I felt violated. And I, absolutely don't shy away from taking off my shirt or wearing shorts. I am not the shy type at all. But when I had to take..it off....It was the most difficult thing, but thank God that people got used to the visual because of all the phone pics!"

Salman clarified that 'Sultan' was not a biopic. He said, "No, the film is not based on a real story, it's fictional."

Anushka, who is about a dozen films old, has already worked with all the three Khans of Bollywood- Aamir, Shah Rukh and Salman.

When Anushka was asked about how it felt having worked with the three, she said, "Bas aur kya chahiye (What more does one need)".

The 'Sultan' trailer launch would not be complete without Salman being asked about his marriage plans.

Salman said, "Yes, ask that question now, the last one, which will bring down the curtains of this press conference. C'mon madam, let's go! Thank you and love you all."

The question on Salman's marriage thus marked the end of the event, with the stars keeping their chairs aside to pose for pictures together.

Salman and his leading lady Anushka Sharma pose together for photos.

Salman character in the film is Sultan Ali Khan, while Anushka's character is called Jaan Aarfa.

Ever since it was announced that Salman Khan would be playing a wrestler in the film, fans were excited to see the actor in an all new avatar. 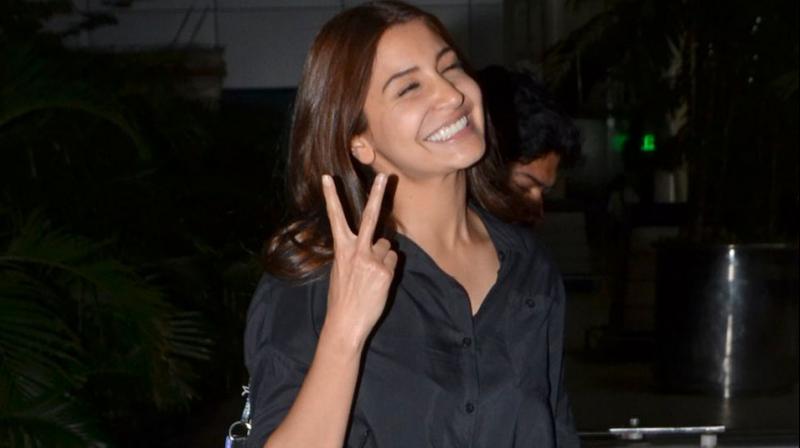 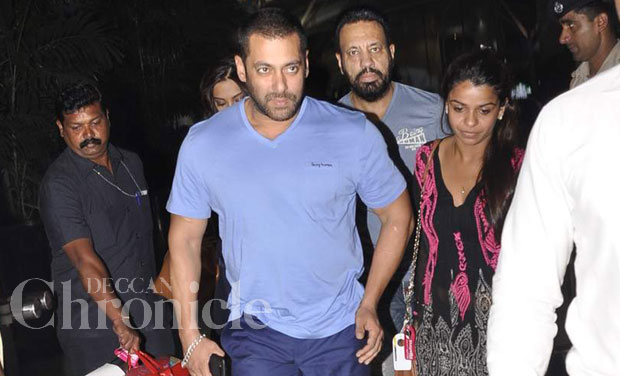 Salman Khan bitten by horse while training for 'Sultan' 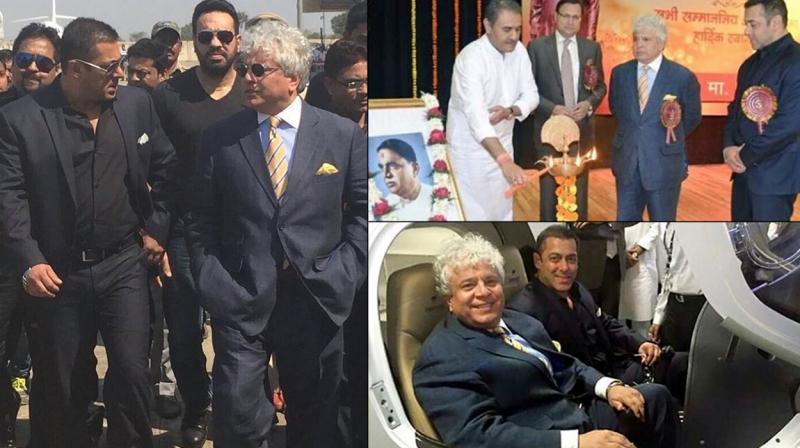