The 'Housefull 3' cast members have initiated the car-pooling method for their promotions and are choosing to stick to it.

Akshay, Jacqueline, Lisa, Riteish and Abhishek all got into a large SUV as they drove off to their event in the Capital.

Jacqueline and the cast rocked shades of black, white and blue at the airport.

The 'Housefull 3' cast are enjoying their time together goofing around on television shows and also uploading funny videos on their social networking apps.

The scorching Delhi heat could stop Abhishek from wearing one of his favourite hoodies.

Akshay, Jacqueline, Lisa and Riteish posed for a selfie at the airport before rushing of for their film promotion.

Akshay tweeted out a picture with a caption that read: Namaskar Delhi...The #HouseFull3 Gang is all ready to sizzle in your city...but 1st #LetMeTakeASelfie

Riteish and Abhishek took their seats in the car, while Akshay took over the wheel.

Akshay and the cast dropped by Asin's house in Delhi later in the day.
Tags: housefull 3, akshay kumar, jacqueline fernandez 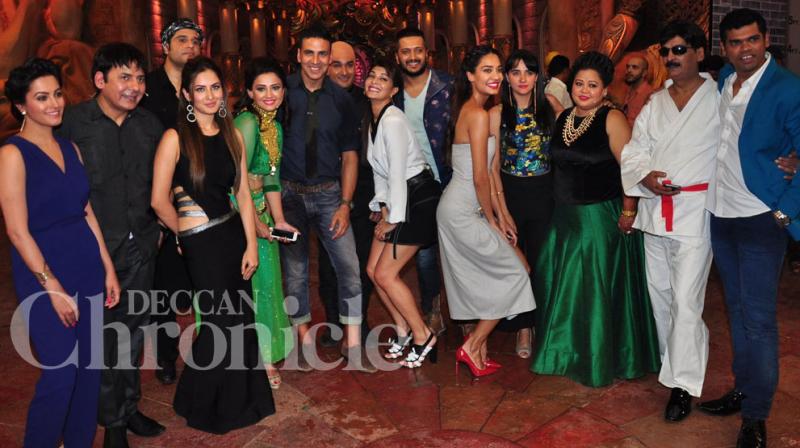 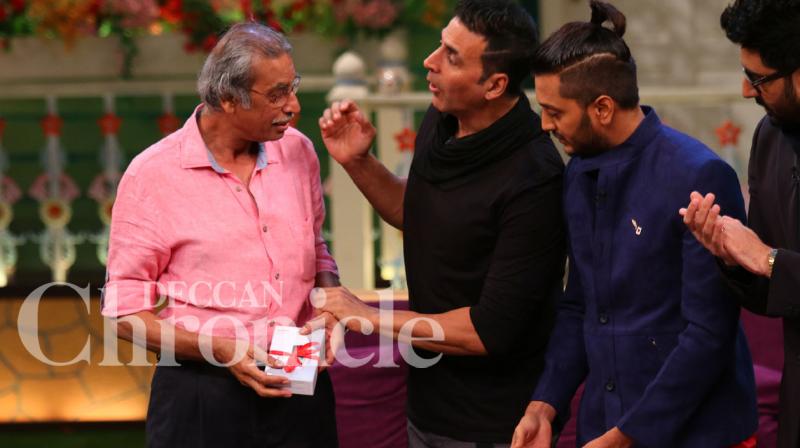 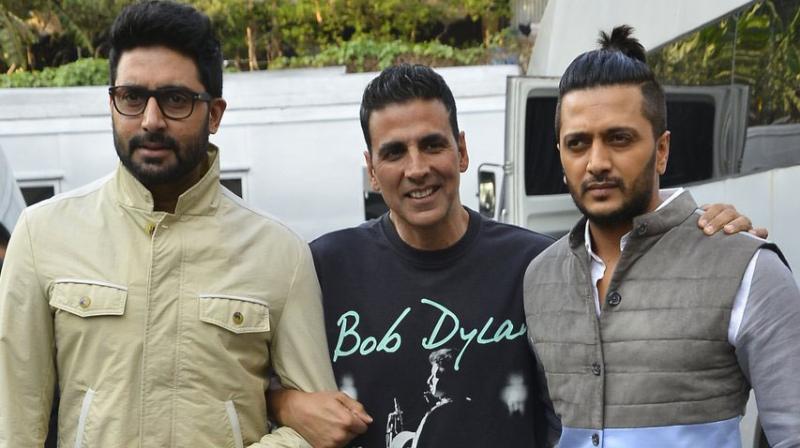