Aamir Khan is not just the actor, but also one of the producers of 'Secret Superstar.' He, however, only has a cameo in the film, in the role of a over-the-top music composer.

Aamir Khan interacts with the media and audiences at the event with the music composer of the album, Amit Trivedi. It is the first time that Amit has composed for an Aamir starrer film.

The story of the film traces the journey of a young girl, played by Zaira Wasim, who aspires to be a singer. Meghna Mishra has lent her voice for the songs, which play an important role in the narrative.

Saif ali Khan, Radhika Apte and Nawazuddin Siddiqui are the lead actors of the Netflix web series 'Sacred Games.' The collaboration of the streaming giants with prominent film stars will do wonders for the digital medium in the creative space.

The web series is being by Phantom Films, a collaboration of several filmmakers. Anurag Kashyap and Vikramaditya Motwane from the production house, will be directing the episodes for the series.

It is also the first time that Saif and Nawazuddin are coming together for a collaboration. The stars are known for their acting skills and it would be great to see them together on screen.
Tags: aamir khan, secret superstar, sacred games, saif ali khan, nawazuddin siddiqui 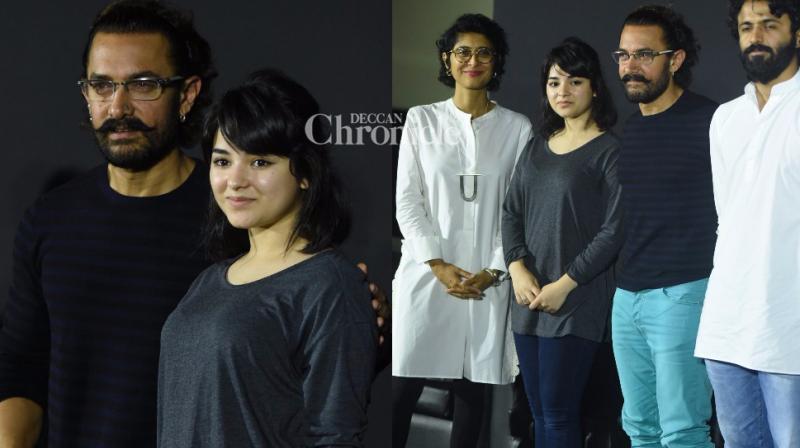