It was celebration time for Shahid Kapoor, Alia Bhatt and the makers of 'Udta Punjab', as their film became the fifth highest grosser at the weekend box office. Photo: Viral Bhayani

Shahid Kapoor joined the producers and a few close friends for a bash on Monday night.

Shahid Kapoor has earned a lot of praise for his role of rock star Tommy Singh.

Alia Bhatt was her casual best at the bash.

Alia and Shahid attended the party after spending all day promoting the film.

Shahid Kapoor's step brother Ishaan was also at the party.

Ishaan revealed on Friday that he was one of the ADs on the film sets.

Producer Vikas Bahl also turned up for the bash.

Masaba and hubby Madhu both opted for striped outfits for the bash.

Shahid Kapoor zoomed off early to be by expectant wife Mira's side.

Alia, who has always admitted to being a big fan of the 'Bajrangi Bhaijaan' actress, posed with her idol for photos at the studios.

Both Kareena and Alia have received rave reviews for their performance in the film.

Kareena, who is rumoured to be pregnant with her first child, stepped out to promote the film.

Kareena wore a loose fitting salwar khameez which flared out around her waist.

Alia and Shahid didn't seem to mind the heavy down pour as they headed to a studio to promote the film.

Despite Udta Punjab being released online, it still managed to collect over 33 crore at the box office.

Shahid Kapoor and Alia along with several other Bollywood pleaded with fans not to watch the pirated version of the film.

Shahid was all praise for Alia, saying she deserved a national award for her role in Udta Punjab.

With Udta Punjab picking up pace at the box office, can we expect this film to cross the 100 crore mark?
Tags: udta punjab, alia bhatt, shahid kapoor 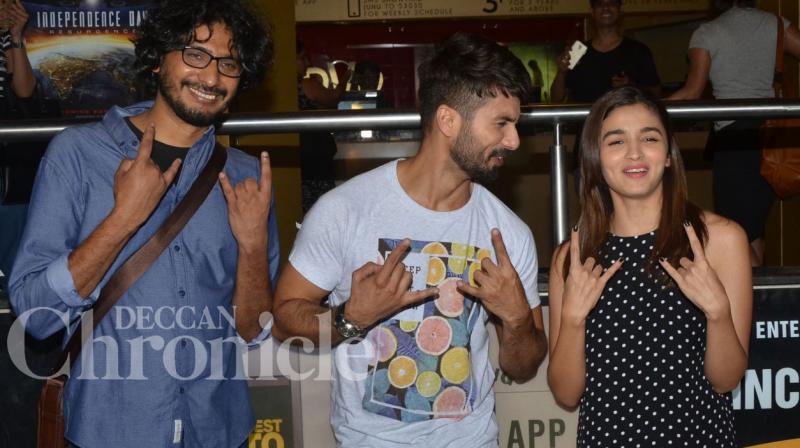 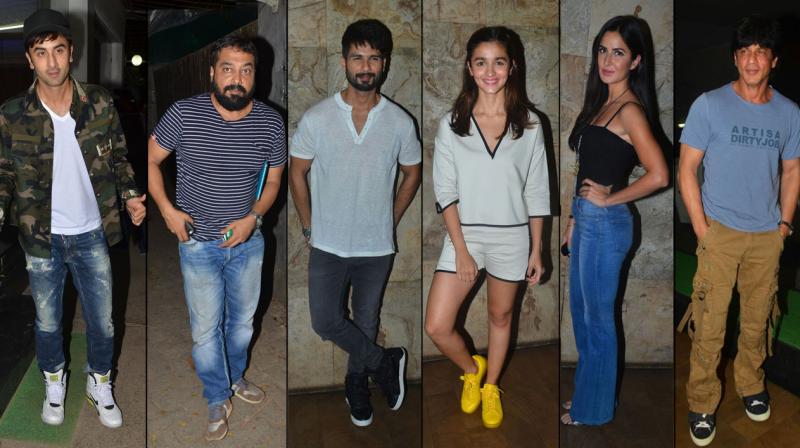 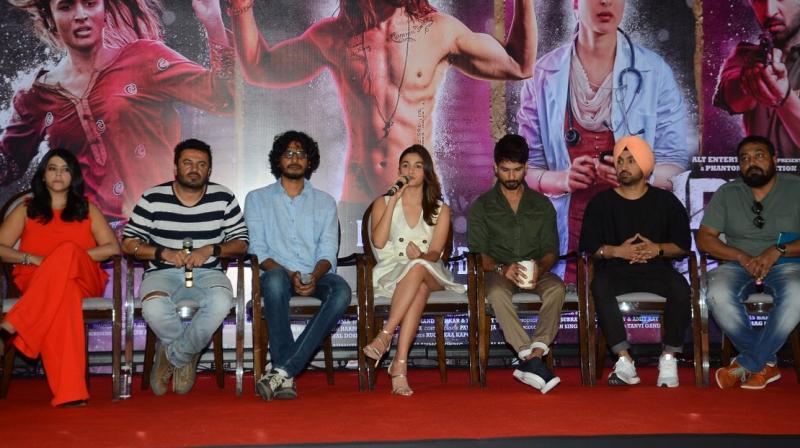 Team Udta Punjab celebrate their victory against censor board 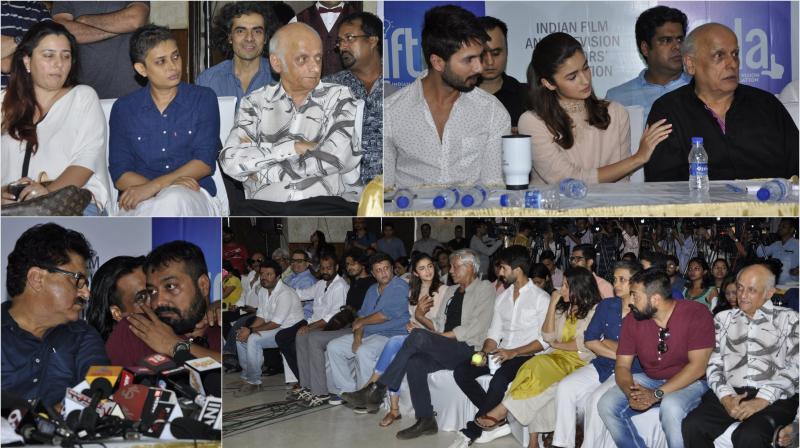