Sunday equals day with loved ones for Bollywood celebrities as they were spotted with their family members or lovers in the city. (Photo: Viral Bhayani)

Chunky Pandey’s Ananya daughter looked cute in the company of her mother Bhavana as they stepped out for lunch at a restaurant in Bandra.

Chunky would be proud of his daughter as she recently wrapped a schedule of her debut ‘Student of the Year 2’ in Dehradun.

Signs of popularity already visible as fans surrounded Ananya for selfies while her mother escorted her to safety.

Kareena Kapoor Khan’s son Taimur looked too cute in his new hairstyle as he waved to the cameras outside grandmother Babita’s home in Bandra.

Newlyweds Neha Dhupia and Angad Bedi were also spotted, at Juhu. They recently returned from USA following a work-cum-leisure trip.

Sushmita Sen came to the airport to see off her elder daughter Renee as she headed out for her journey, and was accompanied by younger daughter Alisah.

Twinkle Khanna took her daughter Nitara along for lunch at a restaurant in Bandra Kurla Complex. It was one of the rare occasions where the latter’s face was visible.

Later in the day, she was also spotted with her cousin Karan Kapadia after catching a film at a multiplex in Juhu.

Boney Kapoor stepped out with his daughters Janhvi and Anshula to watch a movie at the same venue.

Be it the pleated hairstyle or the striped crop top, Janhvi grabbed eyeballs galore on her way to the screening.

Kartik Aaryan was also spotted with his rumoured girlfriend Dimple Sharma, who loves the ‘hide-and-seek’ game with the media.

Telugu superstar Allu Arjun kept it casual as he took wife Sneha for dinner at a restaurant in Bandra.

Rajkummar Rao was spotted running away from a café in Bandra after spending his evening with girlfriend Patralekhaa.

The actress, who was recently seen in ‘Nanu Ki Jaanu’, however, seemed in no rush to leave from the venue.
Tags: janhvi kapoor, taimur ali khan, twinkle khanna, kartik aaryan 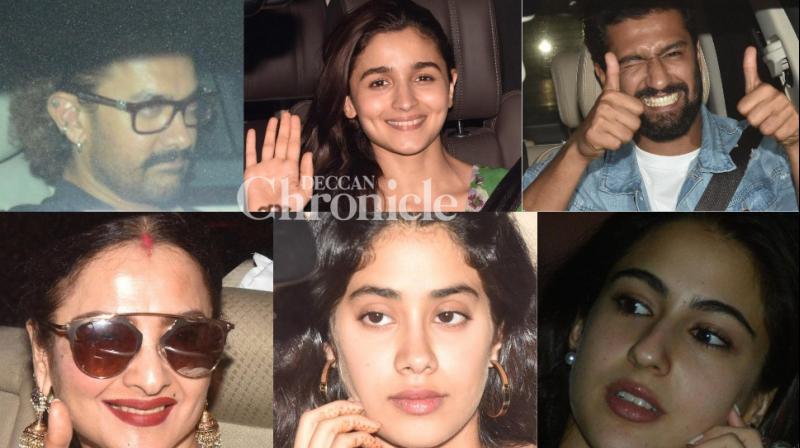 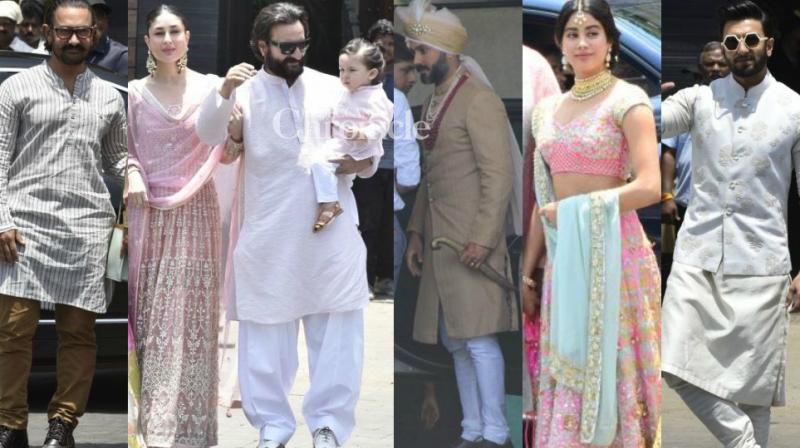 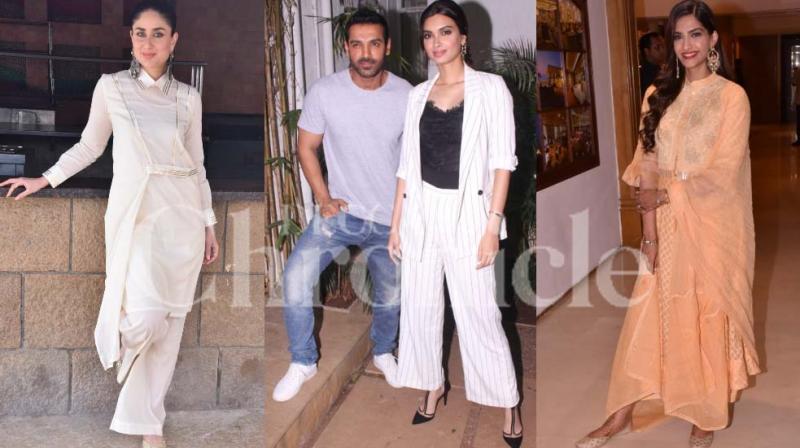 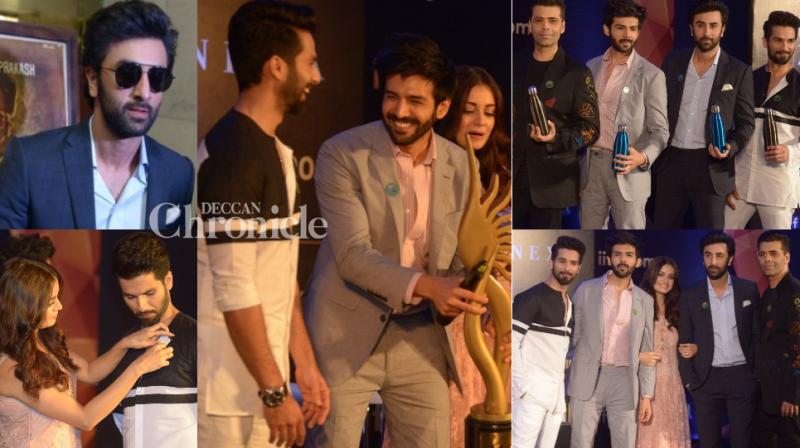 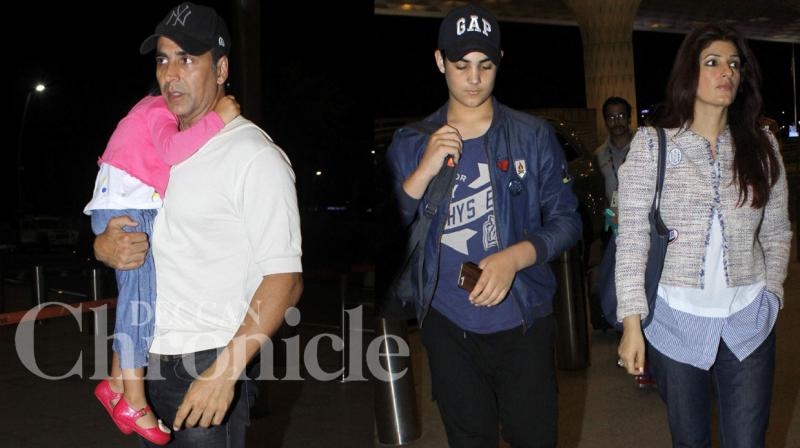 Akshay Kumar takes Twinkle, Aarav and Nitara for a vacation