Bollywood stars went out and about in Mumbai city on Wednesday and were clicked by the cameras. (Photos: Viral Bhayani)

Anushka Sharma looked dazzling in a saree as she was honoured with the Smita Patil Award for Best Actor, initiated by an NGO, by Union Minister Nitin Gadkari. Another Union Minister Piyush Goyal was also seen.

Men take more time for make-up? The actress was also seen on the sets of the commentary team for the India vs Pakistan Asia Cup match along with her ‘Sui Dhaaga’ co-star Varun Dhawan.

We know former Australian fast bowler Brett Lee enjoys a huge fan following, but is Anushka also one of them?

We wonder what mischief Varun and Anushka were up to on the sets, brining Brett down on his knees along with another great Graeme Smith and presenter Jatin Sapru.

So what if Anushka’s hubby Virat Kohli is not playing? She and Varun posed with Zaheer Khan and Harbhajan Singh.

Is Alia Bhatt looking different? The ‘Brahmastra’ actress was snapped after a session at a salon in Juhu.

Why the distance? ‘Jabariya Jodi’ Parineeti Chopra and Sidharth Malhotra didn’t show any ‘Jabariya’ moments at the airport.

Yes, Taimur has grown up and from being nestled in his nanny’s arms, is now giving them a hard time by running around in Bandra.

Meanwhile, his mother Kareena Kapoor Khan took her style seriously, even if it is to meet her sister Karisma Kapoor.

Vicky Kaushal was all smiles on spotting the cameras and why not? He’s been appreciated for his third film that released this year.

Okay, this is invasion of Fatima Sana Shaikh’s privacy at a restaurant in Bandra. But isn’t paparazzi all about that?

Is it just the paparazzi or the book that he is reading that brought a smile on Sushant Singh Rajput’s face?

Formal and classy: Malaika Arora Khan looks poles apart from her avatar in ‘Pataakha’ song at the airport.

Meanwhile, did the lead actors of ‘Pataakha’, Sanya Malhotra and Radhika Madan, look like ‘Pataakha’, during promotions at a Juhu 5-star hotel with one of the producers, Ajay Kapoor? 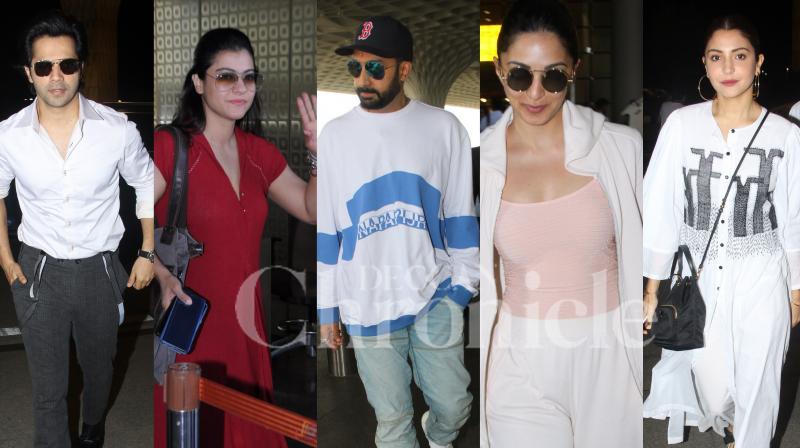 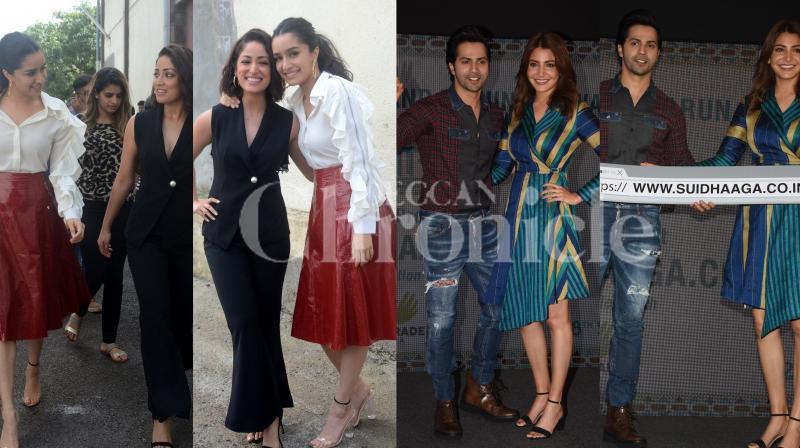