The makers of the horror comedy ‘Stree’ held a star-studded success bash of the film in Mumbai on Tuesday. (Photos: Viral Bhayani)

The lead actress, Shraddha Kapoor, looked red hot in a short dress, with her smile adding to the glamour quotient.

While a 100-crore success is not new for Shraddha, it’s the first time Rajkummar Rao has achieved that with his brilliant comedy and horror timing in the film.

The actor’s girlfriend, actress Patralekhaa also came out in style and will surely be happy with Rajkummar’s biggest hit.

Aparshakti Khurrana has tasted another success after Aamir Khan’s ‘Dangal’, which had earned more than Rs 1000 crores worldwide.

Almost everyone who saw the film felt that Pankaj Tripathi should’ve been on screen for longer, that’s how much they loved his one-liners.

The main people behind the making of the film, producer Dinesh Vijan, one of the producers and writers, Raj Nidimoru of Raj and DK, and director Amar Kaushik, looked delighted.

Fatima Sana Shaikh’s look for the much anticipated ‘Thugs of Hindostan’ was revealed on Wednesday.

Sriram Raghavan is currently gearing up for the release of ‘Andhadhun’, which stars Ayushmann Khurrana, Radhika Apte and Tabu in lead roles.

Homi Adajania, who is set to make the sequel of ‘Hindi Medium’ for the banner, was also seen at the bash.

Amyra Dastur will be seen opposite Rajkummar in ‘Mental Hai Kya?’ which also stars Kangana Ranaut in the lead.

Sunny Kaushal earned critical acclaim for his role of a hockey player in ‘Gold’, which had also entered the Rs 100-crore club.

Shraddha’s brother Siddhanth Kapoor, had recently featured in JP Dutta’s ‘Paltan’, where he played an armyman.

Varun Mitra and Rhea Chakraborty are currently prepping for the release of ‘Jalebi’, which is produced by the Bhatts.
Tags: stree movie, shraddha kapoor, rajkummar rao 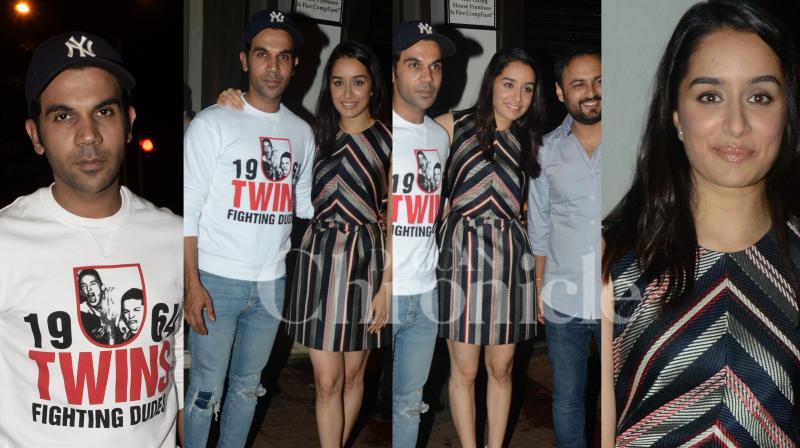 Rajkummar, Shraddha and the team enjoy positive response to ‘Stree’ 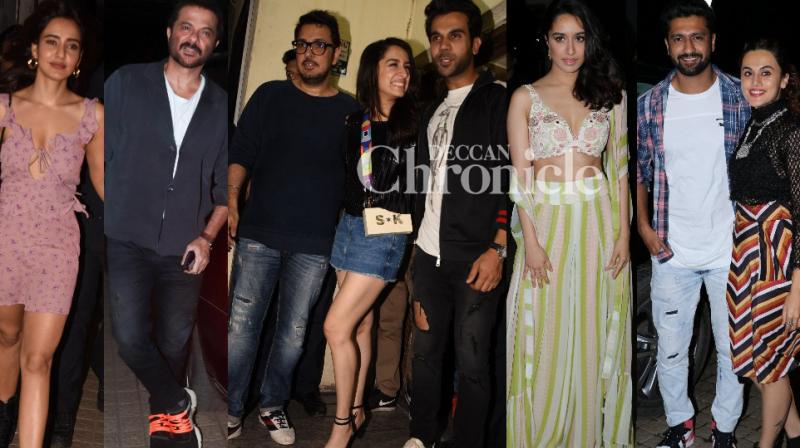