Cricketer Harbhajan Singh and his wife Geeta Basra were guests on the dance-based reality show 'Nach Baliye' in an episode that was shot on Tuesday. (Photo: Viral Bhayani)

Upasana Singh and Karan Tacker are the hosts on the show.

Harbhajan and Geeta pose with their cute daughter Hinaya.

Harbhajan and Geeta performed a romantic dance on the stage.

Terence Lewis, who is one of the judges, was seen playing with Hinaya.

Bharti Singh and Harsh Limbachiyaa looked vibrant during their act.

Bharti Singh and Harbhajan Singh showed off their Bhangra skills.

Aashka Goradia and Brent Globle during their performance.

Divyanka Tripathi could not perform as she is injured but Vivek Dahiya still had to perform with their choreographer.

Vivek Dahiya during his performance with their choreographer.

Pritam was dressed like Aamir Khan's 'PK' act with his wife Amanjot.

Siddarth Jadhav and wife Trupti were also completely engrossed into each other during their performance.

When Harbhajan is present, even Sonakshi took up the bat.

Harbhajan and Geeta sat along with the judges, Terence Lewis, Sonakshi Sinha and Mohit Suri.

Harbhajan got grooving with Sonakshi.

Sonakshi even shook a leg with Karan.

Harbhajan had an unusual 'batsman' in front of him on the show.
Tags: harbhajan singh, geeta basra, nach baliye, sonakshi sinha 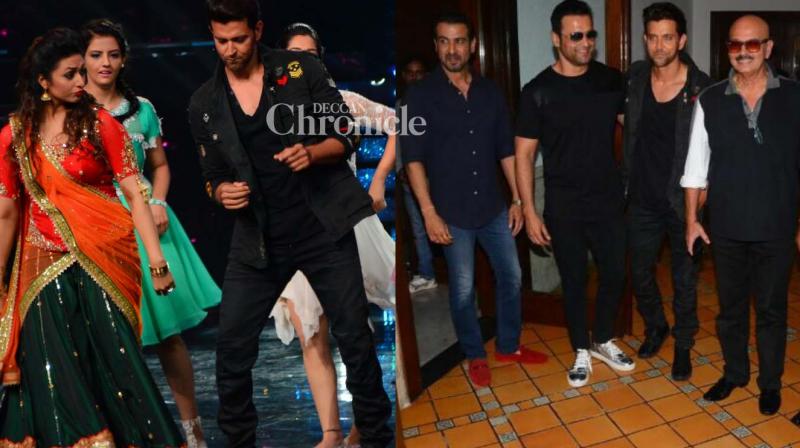 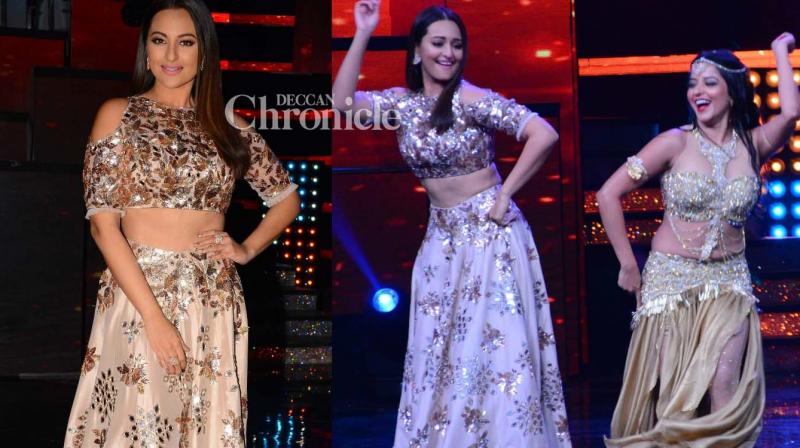 Sonakshi Sinha gets grooving with contestants on Nach Baliye

Ajay Devgn, Shriya Saran on the sets of 'Nach Baliye' 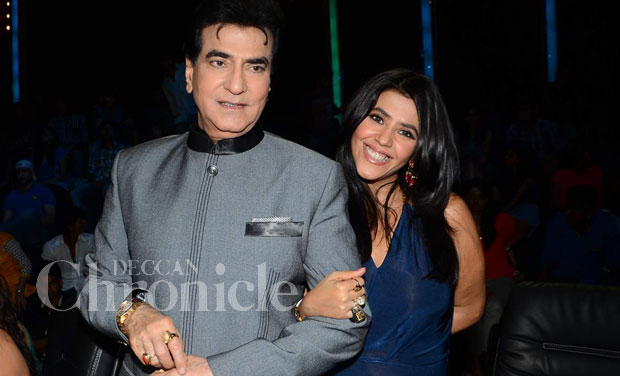