Aishwarya Rai Bachchan and daughter Aaradhya visited the Ganesh idol at GSB Seva Mandal on Sunday and the actress shared a lovely picture on Instagram a day later, and wrote, “Me n Mine at GSB Ganpati Darshan. 🌺✨🙏✨🌺🙏”

On Monday, her father-in-law Amitabh Bachchan visited arguably the most popular idol in the city, Lalbaugcha Raja.

The Lalbaugcha Raja, where your turn for ‘Darshan’ never comes before a few hours, in all its glory, captured by Big B.

Sharman Joshi, who is gearing up for release of ‘Kashi in Search of Ganga’, was also seen arriving at the venue for Darshan.

Neetu Kapoor, daughter Riddhima and granddaughter Samara were seen at the Visarjan ritual of a close one’s Ganpati in Bandra.

The trio, who were without the men of the house, Rishi and Ranbir Kapoor, perform the aarti to the Elephant God.

Who said we can only click selfies with our friends and family? The yesteryear actress and star mom poses for one with the deity.

Riddhima Kapoor Sahni shows some love for daughter Samara, whose reaction is something most of us are familiar with too. 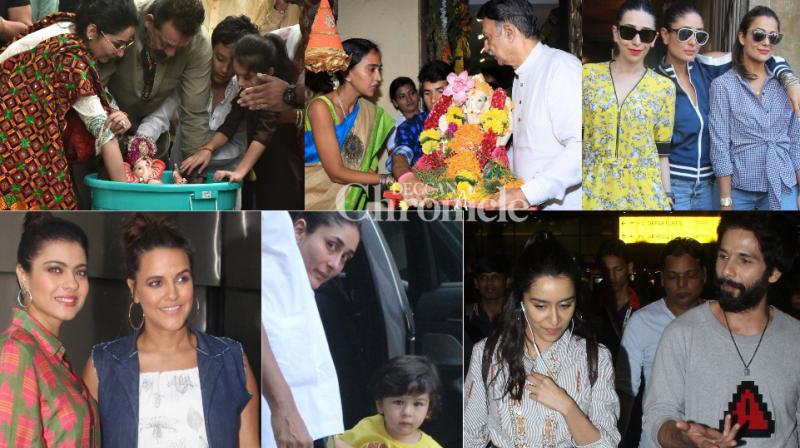 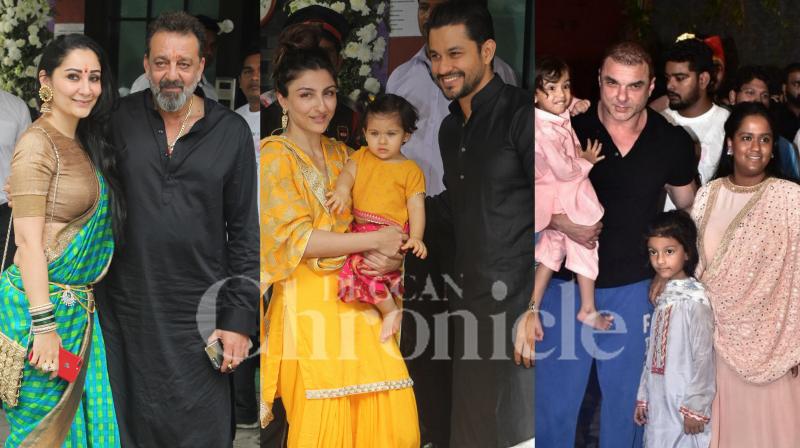