Bollywood stars were clicked by the cameras as they stepped out for professional and personal reasons in Mumbai on Friday. (Photos: Viral Bhayani)

Kangana Ranaut seemed exhausted after shooting for her film ‘Mental Hai Kya?’ in Bandra and now we know how she looks in the film.

Diana Penty and Sonakshi Sinha were the others who went all out for their film, promoting ‘Happy Phirr Jayegi’.

Manish Malhotra was the surprise guest along with the ‘Happys’ and posed with the two actresses. We are unsure about his reason for visit though.

Their director Mudassir Aziz were also seen at the promotions, who had some interesting expressions while posing.

His lead heroes, Jimmy Sheirgill and Jassie Gill were also spotted but one of the others, Ali Fazal was missing.

The other team that also stepped out for promotions was ‘Genius’, with Nawazuddin Siddiqui leading the debutants Ishita Chauhan and Utkarsh Sharma.

The two might be pitted against each other in the film, but there was camaraderie on display at the event.

Utkarsh and Ishita have been on a promotion spree for the action-romantic-drama, which also releases on 24 August.

Anil Sharma, who is known for films like ‘Gadar: Ek Prem Katha’, is the director and the other members of the team were also spotted.

Boman Irani was seen on a wheelchair while arriving at the airport, and his smile seems to suggest there’s nothing major to worry.

As is a regular moment for the paparazzi, 'Sui Dhaaga' actor Varun Dhawan was spotted after a session at the gym.

'Batti Gul Meter Chalu' actor Shahid Kapoor was all smiles for the cameras post being snapped at a five-star hotel in Juhu.

Disha Patani, who is currently shooting for Salman Khan’s Bharat, was spotted post shopping in Bandra.

Vaani Kapoor, who has two big films in her kitty, was clicked arriving at the airport as she headed to Noida for a brand event.

Sanjay Dutt, who was seen in ‘Saheb Biwi aur Gangster 3’ recently, with wife Maanayata were snapped after visiting a resto bar in Juhu.

Madhu Mantena, who is one of the producers of the upcoming ‘Manmarziyaan’, was also spotted at the venue.

Kunal Kemmu and Soha Ali Khan’s daughter Inaaya Naumi Kemmu seemed in a fun mood as she was snapped in Bandra.

Rannvijay Singh and Sunny Leone had their quirks on as they launched the latest season of TV show ‘Splitsvilla.’

Hansika Motwani was all smiles, dressed in casual wear, after shutterbugs spotted her in Bandra.

Harshvardhan Kapoor and Esha Gupta pose for the cameras after they were part of an event for a sports brand. 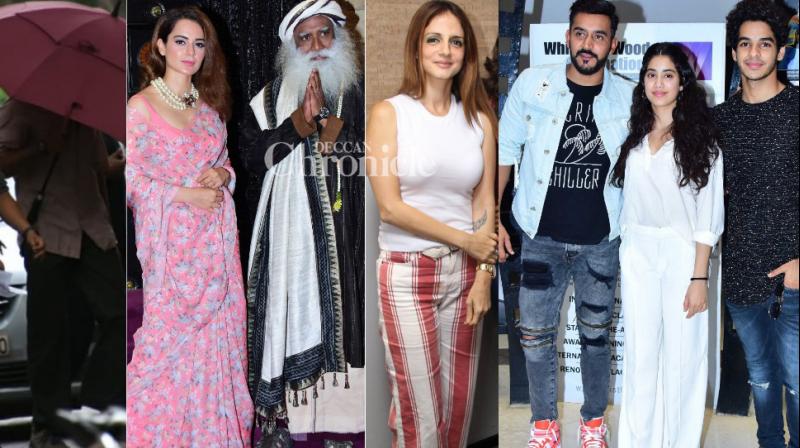 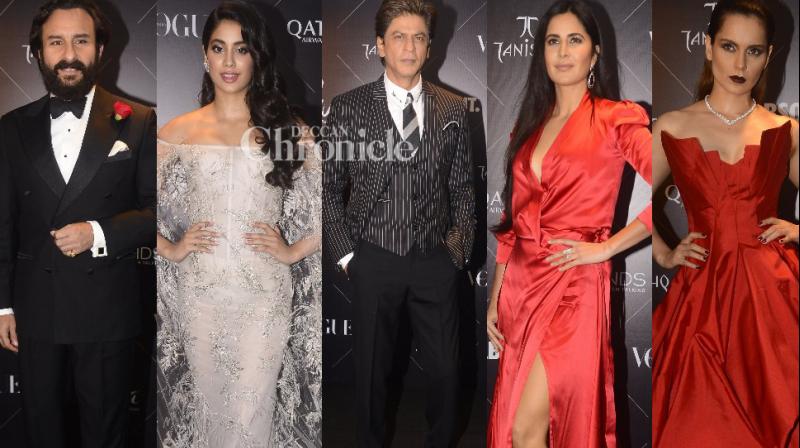