Bollywood celebrities stepped out in Mumbai city on Tuesday and were snapped by the paparazzi. (Photos: Viral Bhayani)

Bhumi Pednekar celebrates her birthday on Wednesday and came out in style for the occasion in an LBD.

Varun Dhawan arrived with his ‘Dulhania’ franchise director Shashank Khaitan and his wife Nalini in the rain.

Karan Johar and Bhumi recently worked in the web film ‘Lust Stories’ where both were involved in separate short films.

Vaani Kapoor came to the bash with designer Nikhil Thampi, who she was spotted arriving arm-in-arm few days ago too.

Aanand L Rai, who is gearing up for ‘Zero’, arrived with his wife for the celebrations. He was one of the producers of Bhumi’s ‘Shubh Mangal Saavdhan.’

Abhishek Chaubey, who last made ‘Udta Punjab’, is now directing Bhumi in the film ‘Son Chiriya.’

The actress’ mother Sumitra was also present at the bash, who also impressed with her style in a saree.

Did you know? Bhumi has also has a twin sister, Samiksha, who also chose a black dress for the occasion.

Bhumi was undoubtedly excited on the occasion and even posed with the cake outside the restaurant.

‘The Toilet: Ek Prem Katha’ actress was courteous to cut a cake brought by the media persons covering the event.

An inside picture was shared by Karan on Instagram stories, a selfie along with the birthday girl and his protégés.

Jacqueline Fernandez, who was in USA and Canada for the ‘Da-Bangg Tour’, has returned and was snapped in Bandra.

Katrina Kaif, who was also a part of the show, also returned to India and was snapped at the airport. She went to UK from Canada to celebrate her birthday with family.

Saif Ali Khan showed that celebrities are not always surrounded by their team, and was spotted with Taimur in Bandra.

The shutterbugs also snapped the little one at his home later in the day, enjoying his time on the swing.

Meanwhile, his mother Kareena Kapoor Khan was in work mode, shooting at Mehboob Studios in Bandra.

Kangana Ranaut was once again spotted with her ‘Manikarnika’ producer Kamal Jain at his Juhu office.

Anil Kapoor, who is currently in the news for ‘Fanney Khan’, waves for the cameras post dinner at an Andheri restaurant.

Arjun Kapoor seemed to have noticed something that cracked him up at the airport after his journey.

Kamal Haasan, who has landed in the city for ‘Vishwaroopam 2’ promotions, was snapped at T-Series’ office in Andheri.

Kartik Aaryan, who has signed two films after the blockbuster success of ‘Sonu Ke Titu Ki Sweety’, was snapped in Andheri.

Fatima Sana Shaikh had a strange expression post a meal at a Bandra café. The actress will be seen in ‘Thugs of Hindostan’ later this year.

Farhan Akhtar acknowledges the cameras at the airport post his journey. He will next be seen opposite Priyanka Chopra in ‘The Sky is Pink.’

Manisha Koirala, who was seen in ‘Sanju’ recently, poses for the cameras at the airport before she headed to Lucknow.
Tags: bhumi pednekar, varun dhawan, karan johar, katrina kaif, jacqueline fernandez 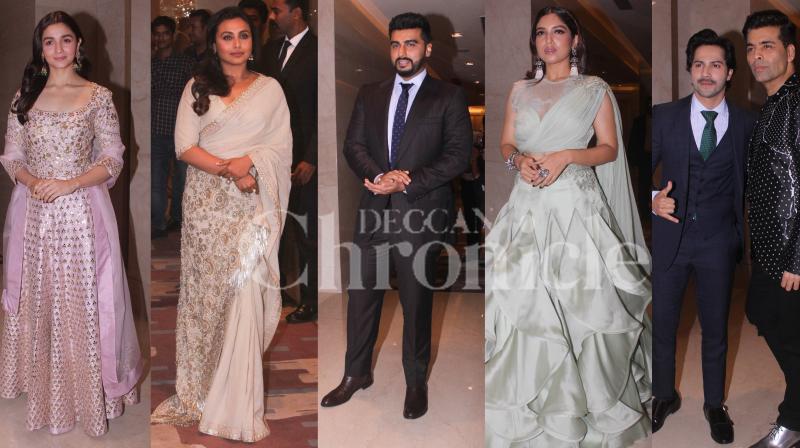 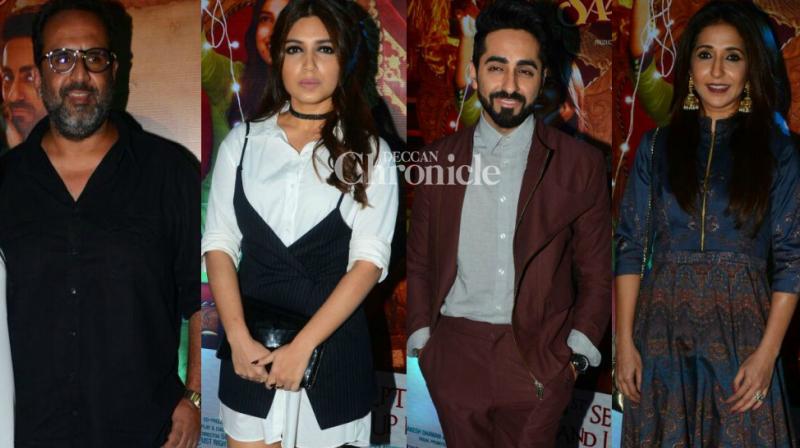 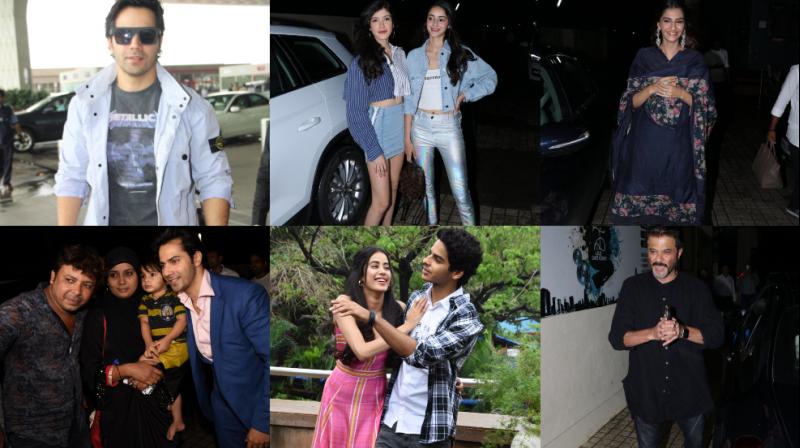 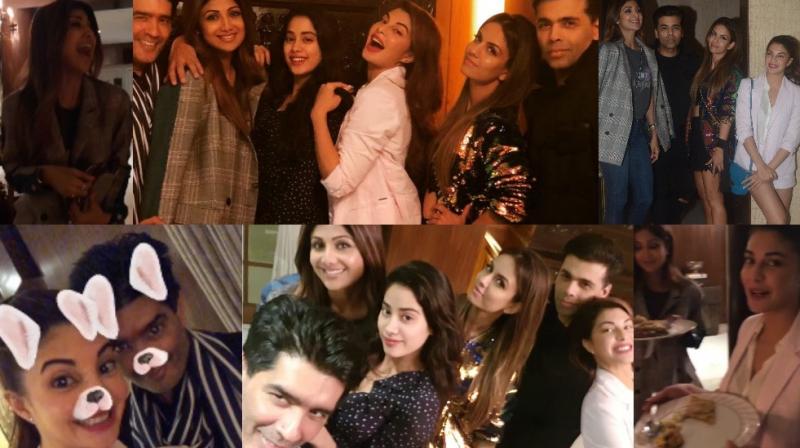 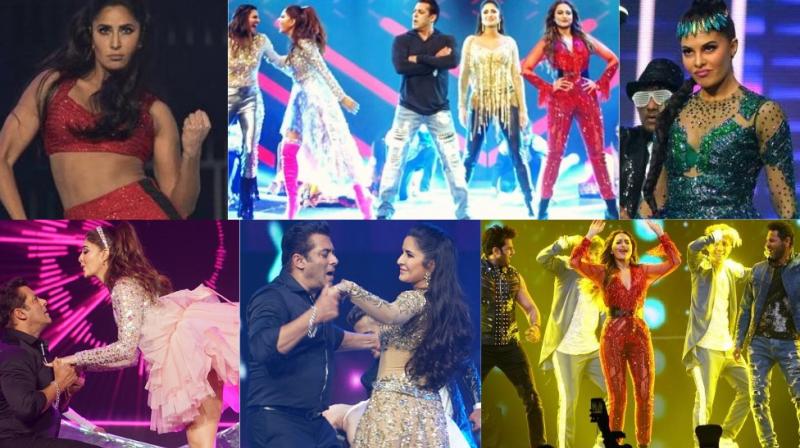