After Eid was celebrated worldwide on Friday and Saturday, the festivities continued another day for B-Town celebrities. (Photos: Viral Bhayani/ Instagram)

Another personality from music industry, Anu Malik, was also present, along with his daughters Anmol and Adaa.

Eros production house’s Sunil and Krishika Lulla snapped on their way to the venue. They had produced ‘Mukkabaaz’ earlier this year.

Dia Mirza, who will be seen in ‘Sanju’ later this year, looked beautiful in traditional wear, with husband Sahil Sangha.

Jackky Bhagnani chose an black Pathani for the gathering. The actor-producer backed several films this year.

Pooja Bedi was also among those snapped in her car. She was accompanied by daughter Aaliya, who’s often been touted for a Bollywood debut.

Neelam Kothari Soni also celebrated the festival and posed for a selfie with one of the hosts Farah Khan Ali and fashion designer Ana Singh.

The Khan sisters, Sussanne and Farah, pose for a picture with the other ladies, including sister-in-law Malaika (second from left) and Krishika and there were some drinks too.

Zayed Khan, his mother Zarine Khan and his other sister Simone Arora looked happy in this picture with Anu Malik.

Smriti shared pictures on Instagram and wrote, “Eid Mubarak to all! And thank you @itszayedkhan @malzkhan@suzkr for the wonderful evening and the most delicious biryani ever!” 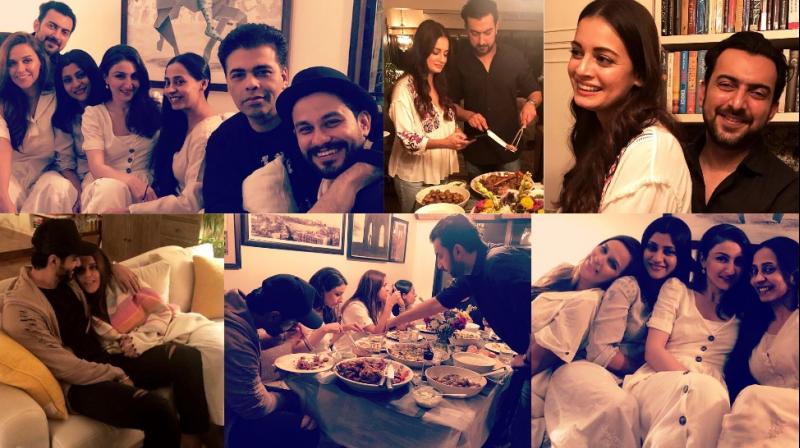 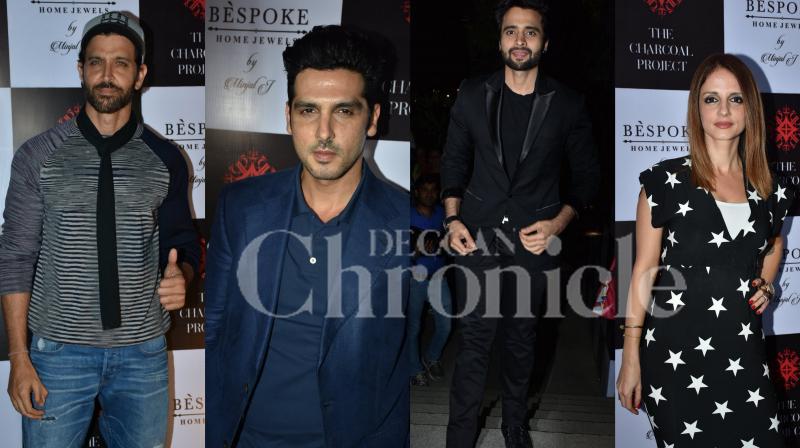 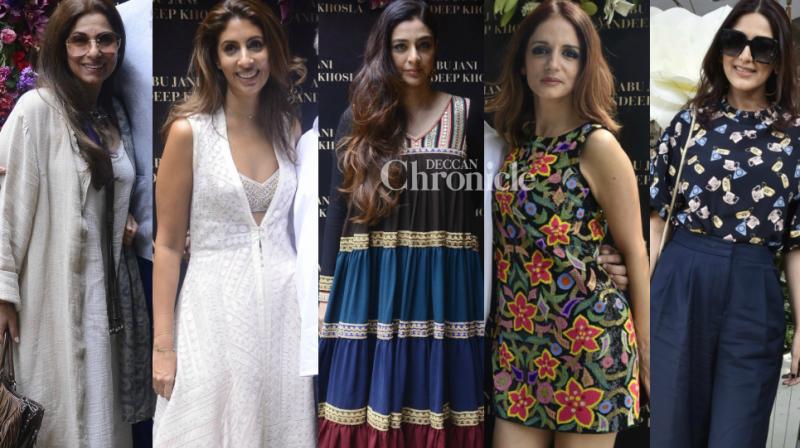