Bollywood stars were snapped by shutterbugs as they enjoyed Dahi Handi celebrations on the occasion of Janmashtami celebrated worldwide on Tuesday. (Photo: Viral Bhayani)

Ranveer Singh was at his liveliest best during Dahi Handi celebrations in Juhu. The actor is currently working on Sanjay Leela Bhansali's 'Padmavati' also starring Deepika Padukone and Shahid Kapoor.

India's Independence Day was also celebrated on the day, with Ranveer and others showing how much they are filled with patriotism. Several stars had taken to Twitter on the occasion to wish fans and well-wishers on the occasion.

Arjun Rampal was also spotted at the event. The actor, who turns a producer and writer with 'Daddy', also has a Dahi Handi song in the film.

Jeetendra waves for fans at the event. The veteran actor, who stays in Juhu, might be missing from the spotlight but is busy with his grandson Laksshya.

Yesterday diva Zeenat Aman came out in style for the event. The actress had recently starred in a web series.

'Great Grand Masti' actress Kainaat Arora was also spotted at the event. The actress seems to be taking her time before signing another big-budget project.

Madhur Bhandarkar was also among the guests at the event. His recent film 'Indu Sarkar' had stirred controversy throughout but could not do well at the box office.
Tags: shah rukh khan, dahi handi celebration, ranveer singh, abram 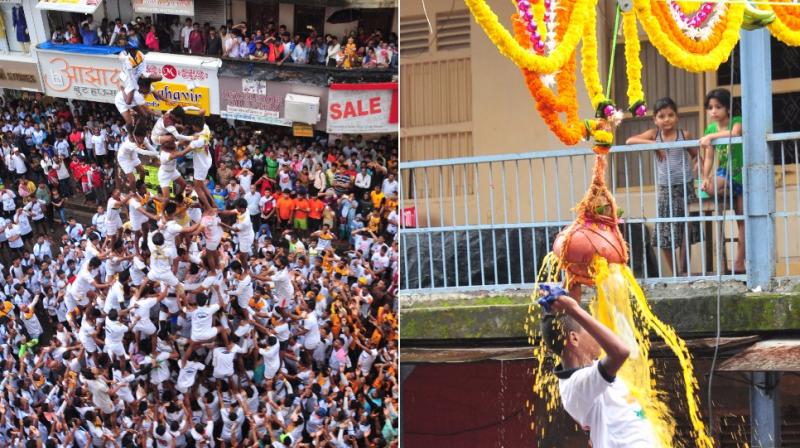 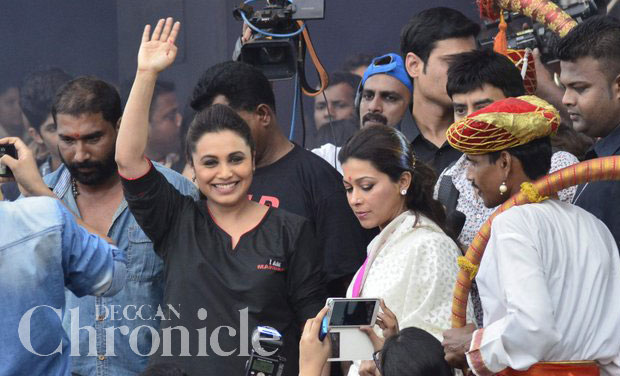