Varun Dhawan, Jacqueline Fernandez and the team of their film 'Dishoom' were spotted at an event for the Abu Dhabi Film Festival where they launched the DVD of the film on Friday. (Photo: Viral Bhayani)

Ramesh Sippy was also spotted at the event.

Jacqueline showing off her directing skills?

The team addressed the media at the event.

Varun and Jacqueline seemed to have shared a good joke.

The team also launched the DVD of the film at the event. 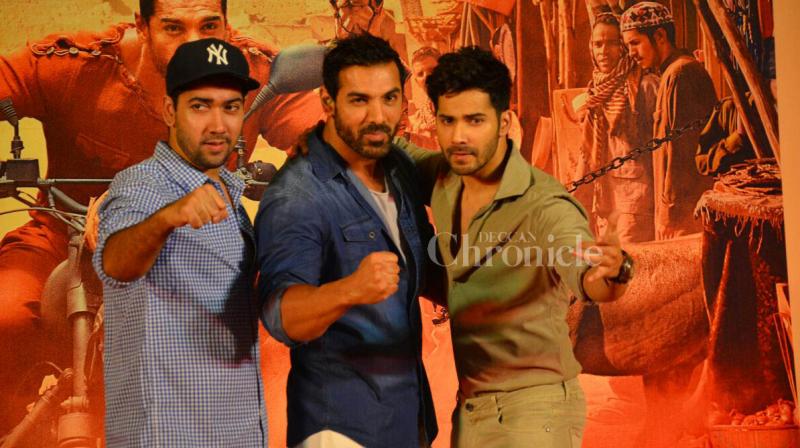 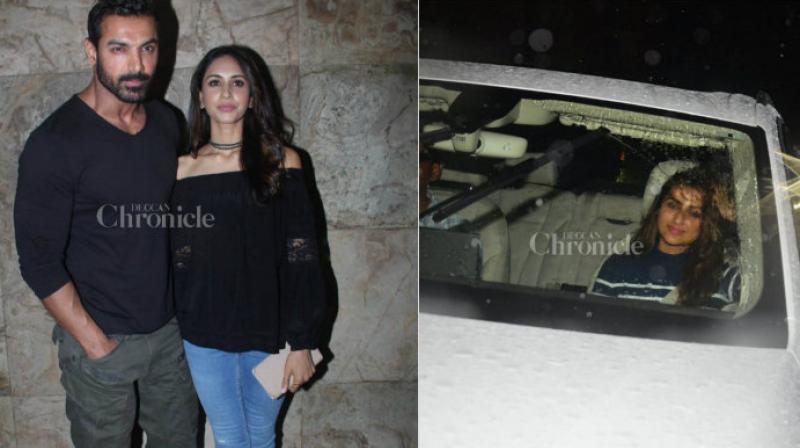 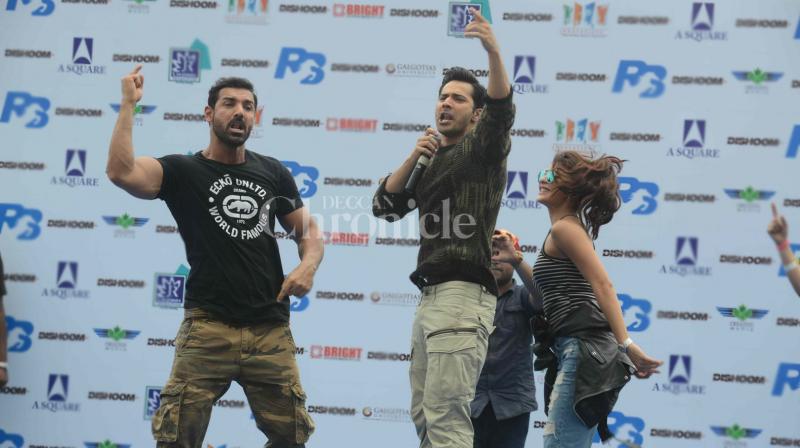 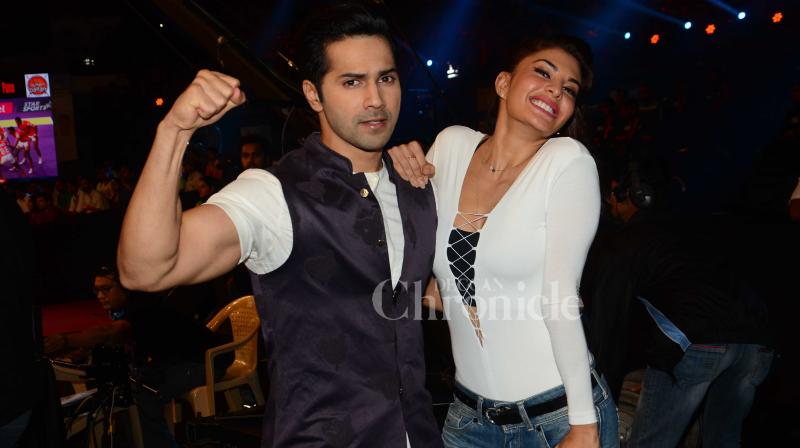 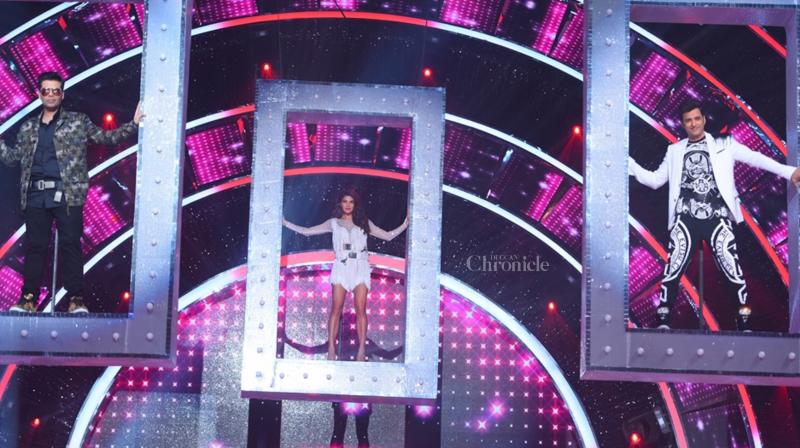