Bollywood stars were snapped by the cameras at various locations in Mumbai on Friday. (Photos: Viral Bhayani)

Aishwarya Rai Bachchan with daughter Aaradhya and mother Brinda Rai returned from Washington where the actress was felicitated with the Meryl Streep Award.

Abhishek, who also returned from abroad recently after attending premiere of ‘Manmarziyaan’ at Toronto film festival, arrived to pick them up.

Another set of family members seen together were Saif Ali Khan and son Taimur, who indulged in a game of football at a sports club in Bandra.

The little one’s joy knew no bounds as he saw his father showing off some football skills in front of him.

Does he want to a goalkeeper in the future? The star kid got too curious with the football and held it in his hands.

Did Saif scold Taimur for holding the ball and not playing with the feet? Taimur’s expression does indicate so.

Meanwhile, his mother Kareena Kapoor Khan looked stylish like always, while arriving for a workout session at a gym in Bandra.

Is ‘Thugs of Hindostan’ release giving Aamir Khan the jitters? The superstar has been seen at spas almost every day, this time in Bandra.

Shahid Kapoor, who is gearing up for the release of ‘Batti Gul Meter Chalu’, was snapped arriving at the airport.

His co-star from the film, Shraddha Kapoor, was all smiles for the cameras at the airport before her journey.

Meanwhile, the third main member of the cast, Yami Gautam, was seen at an event for a children’s infotainment centre.

Parineeti Chopra, who is gearing up for the release of ‘Namaste England’, impressed with her formal avatar at the airport.

Ishaan Khatter, who starred in the successful ‘Dhadak’ earlier this year, had lunch at a Bandra restaurant.

Sanya Malhotra, who is currently in the news for two films up for release, was snapped outside a restaurant in Bandra.

Diana Penty, who was seen in two films this year, poses for the cameras at the airport after her journey.

Sunny Leone seemed happy to meet the cameras and acknowledged them on her way to the airport.

Huma Qureshi, who was seen in ‘Kaala’ earlier this year, was among the others who headed for their journeys.

Hansika Motwani, who has surely had a makeover of sorts in recent times, was also snapped at the airport.

Rhea Chakraborty, who is gearing up for release of ‘Jalebi’, smiles for the cameras who spotted her in the city.
Tags: aishwarya rai bachchan, taimur, saif ali khan 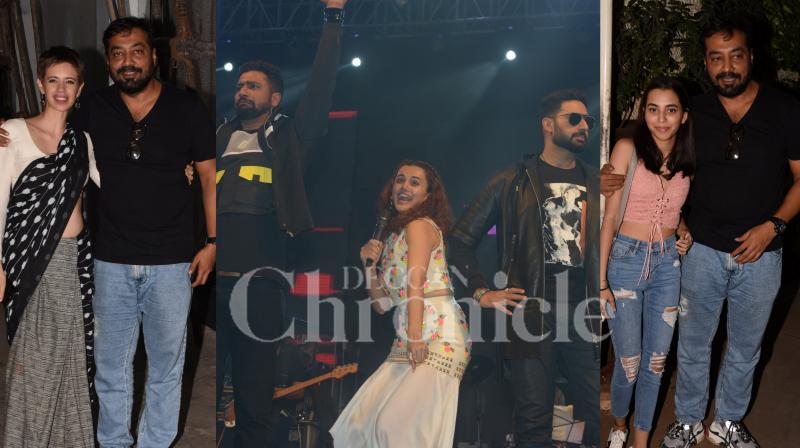 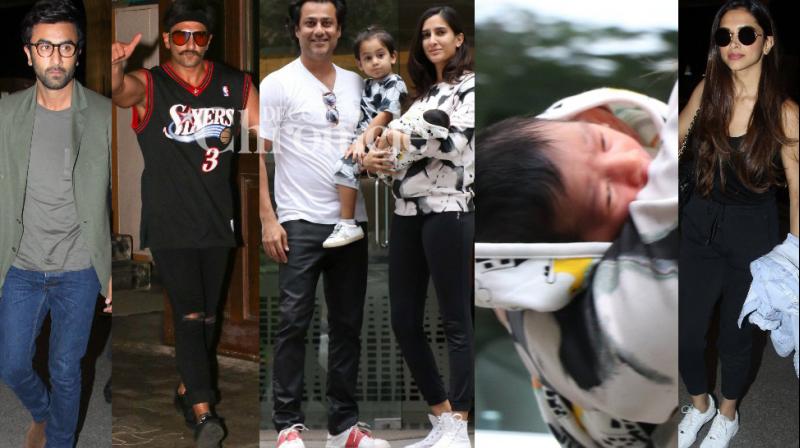 Abhishek welcomes son, Ranbir, Deepika, Ranveer, others go out and about