Varun Dhawan was snapped rehearsing his lines on top of a car on the sets of his upcoming film 'Judwaa 2' in Mumbai on Wednesday. (Photo: Viral Bhayani)

Varun rehearsing his lines on top a car on the sets.

Varun has been extremely involved in the preparation for his double characters of Raja and Prem in the film, played by Salman Khan in the first part.

Varun shares screen space with Jacqueline Fernandez and Taapsee Pannu in the film.

Varun finally had to get down from the car so that he can actually perform those lines.

Varun even took to Instagram later and shared his picture that appeared in a tabloid. He wrote that he doesn't usually sit on top of a car and that it was Neil Shah, who had directed him in his first ad film, helping him on this film as well.
Tags: varun dhawan, judwaa 2, jacqueline fernandez, neil shah 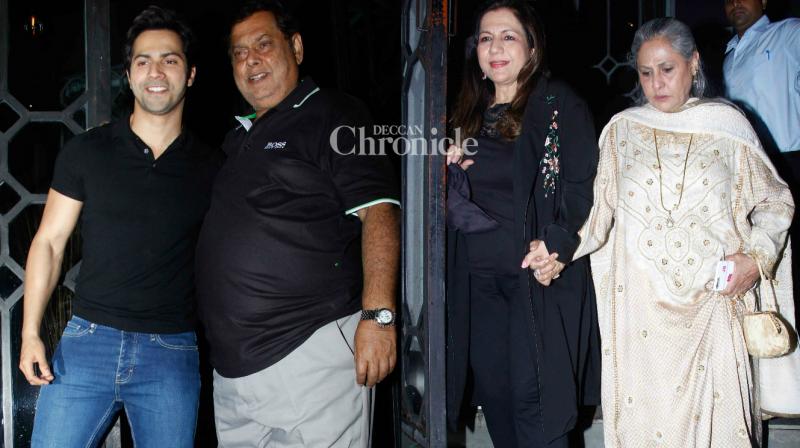 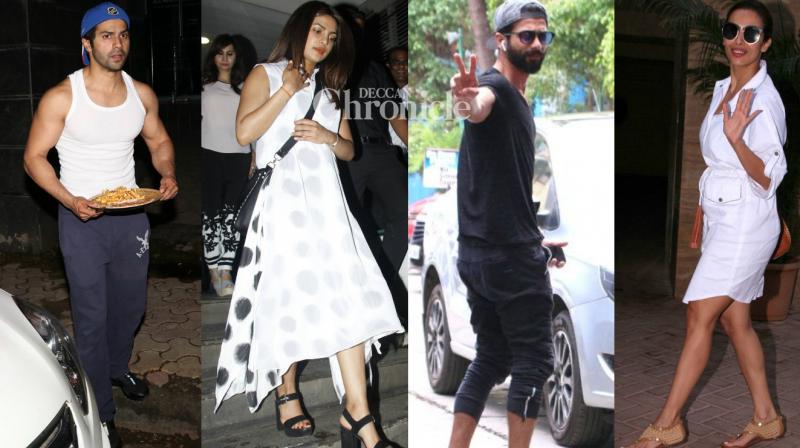 Priyanka, Varun, Shahid, Malaika, others have a relaxed day in the city