For the third day running, a screening of ‘Soorma’ was held in Mumbai for Bollywood celebrities on Friday, (Photos: Viral Bhayani)

Chitrangda Singh, who is one of the producers of the film along with Sony Pictures, poses in style before the screening.

The actress also posed with the director Shaad Ali, whose leads Diljit Dosanjh and Taapsee Pannu were missing.

Angad Bedi, who plays the role of Bikramjeet Singh in the film, poses with Shabana Azmi at the venue before the movie.

Vijay Raaz provided the comic relief in ‘Soorma’ in the role of a hockey coach of Diljit Dosanjh's character in the film.

Dia Mirza, who recently featured in the role of Sanjay Dutt’s wife Maanayata in ‘Sanju’, poses with husband Sahil Sangha.

Zayed Khan, who has been absent from the big screen for some time now though he acted in a TV show recently, arrived with wife Malaika.

Suchitra Pillai, who arrived with her daughter Annika, was among the other celebrities seen at the screening.
Tags: soorma, chitrangda singh, dia mirza, shaad ali, shabana azmi 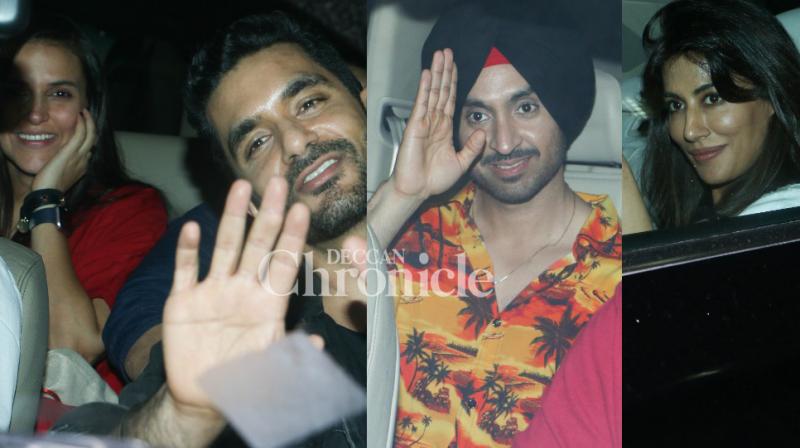 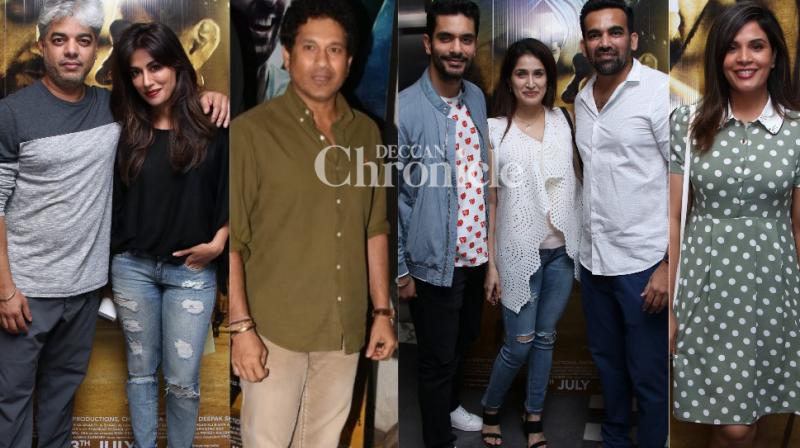 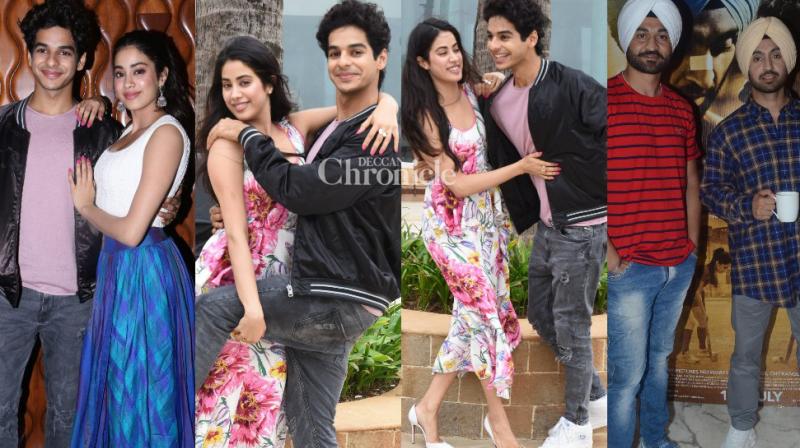