A screening of the film ‘Lust Stories’ was held in Mumbai on Wednesday, which was attended by many celebrities. (Photos: Viral Bhayani)

‘Lust Stories’ features short stories, one directed by Anurag Kashyap, Dibakar Banerjee, Zoya Akhtar and Karan Johar each. They had done so similarly for ‘Bombay Talkies’ few years ago.

Neha Dhupia also features in the short directed by Karan Johar and she was all smiles posing with his ‘student’ Siddharth Malhotra.

Bhumi Pednerkar stars in the short film directed by Zoya Akhtar. She is paired opposite ‘NH 10’ actor Neil Bhoopalam.

Sanjay Kapoor stars in the one directed by Dibakar Banerjee and which also features Manisha Koirala and Jaideep Ahlawat.

Shabana also joined stepdaughter as she posed with her team, which included leads Bhoomi and Neil.

Gauri Khan is one of Karan’s closest friends and she too showed her support to the anthology film by gracing the screening.

Nawazuddin Siddiqui has worked with Anurag Kashyap in the ‘Gangs of Wasseypur’ series, one of the ventures that brought him into the big league.

His sister Shweta Bachchan Nanda was also present. She had recently made her acting debut in an advertisement with father Amitabh Bachchan.

Hashrvardhan Kapoor recently starred in ‘Bhavesh Joshi Superhero’, which was appreciated critically but flopped at the box office.

Nushrat Bharucha is yet to announce her next venture after the success of ‘Sonu Ke Titu Ki Sweety.’

There has been some confusion over the casting of Imtiaz Ali’s next, earlier Shahid Kapoor confirmed being a part of it, but then his team clarified no one has been cast yet.

Jim Sarbh is still basking in the glory of ‘Padmaavat’, and has bagged Rajkumar Hirani’s ‘Sanju’ as well.

Raai Laxmi made a comeback to Bollywood with ‘Julie 2’ last year. The film turned out to be a dud at the box office.

Soha Ali Khan will be seen in ‘Saheb Biwi Aur Gangster 3’ later this year. The film also stars Sanjay Dutt, among others.

Shaad Ali is currently in the news for ‘Soorma’, starring Diljit Dosanh and Taapsee Paanu, the trailer of which was released recently.

Vineet Kumar Singh had featured in Anurag Kashyap’s ‘Mukkabaaz’ which was critically acclaimed earlier this year.

Shenaz Treasury came out in style for the screening and was all smiles for the cameras at the venue.
Tags: lust stories, gauri khan, shweta bachchan nanda, abhishek bachchan, karan johar 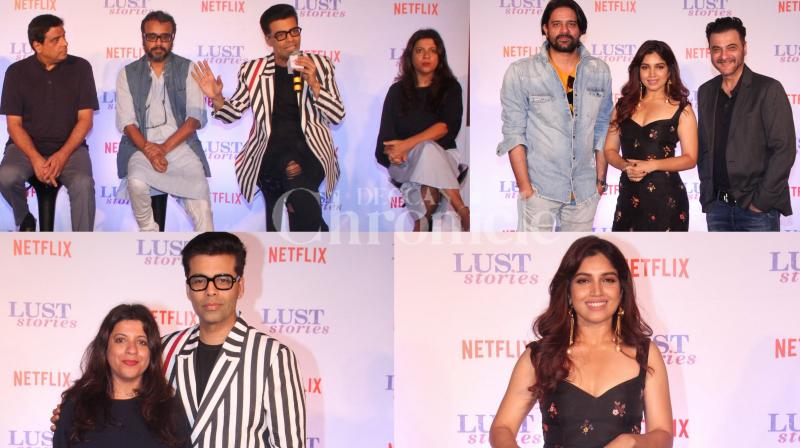 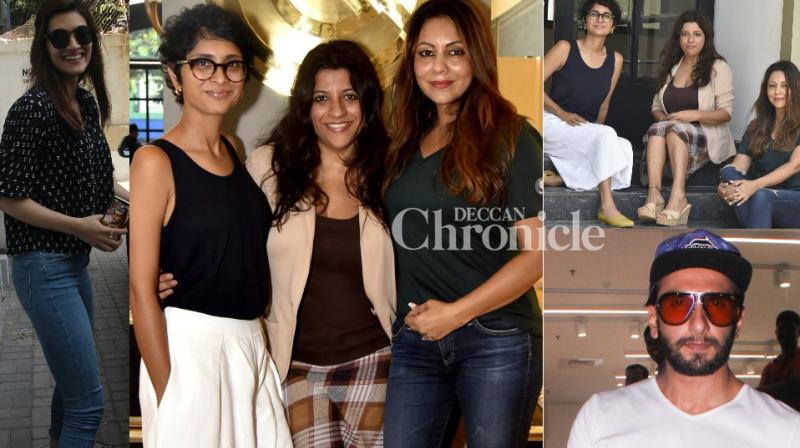