Kangana Ranaut made her first public appearance after Hrithik Roshan's claims in their controversy at the MAMI (Mumbai Academy of the Moving Image) Film Festival being held in Mumbai on Thursday, which was attended by several other stars including Karan Johar. (Photo: Viral Bhayani)

Kangana Ranaut made her first public appearance after Hrithik Roshan broke his silence on their row by saying he was being stalked and harassed. The actress let her stunning fashion sense do the talking on the red carpet.

According to reports, she also crossed paths with Karan Johar following their controversy over the topic of nepotism. They were snapped together while greeting Neeta Ambani but didn't talk to each other.

Aamir Khan looked his suave best as he poses for the cameras on the red carpet. The actor has been on a promotion spree for 'Secret Superstar' set for release on 19 October.

Kiran Rao and Anupama Chopra are among the directors of the MAMI festival. Anupama's husband Vidhu Vinod Chopra was also spotted with them.

Sridevi also raised the style quotient on the red carpet. The veteran actress starred in 'Mom' recently and is often in the news for her daughter Jhanvi's debut as well.

Veteran actress Sharmila Tagore, who stays in Delhi, made an appearance at the festival and was one of the speakers. She recently became a grandmother again with the birth of Soha Ali Khan's daughter.

Huma Qureshi came out in style in a saree. The actress will next share screen space with Rajinikanth in 'Kaala Karikalan.'

Aditi Rao Hydari was last seen in 'Bhoomi.' She will now be next seen in Sanjay Leela Bhansali's 'Padmavati.'

Rajkummar Rao is currently riding high on the success of 'Newton.' He will next be seen in 'Shaadi Mein Zaroor Aana.'

Jackie Shroff was last seen in 'Sarkar 3'. He will next be seen in 'Saaho' starring Prabhas and Shraddha Kapoor.

Konkona Sen Sharma was recently seen in 'Lipstick Under My Burkha.' She had also turned a director with 'A Death in the Gunj' earlier this year.

Siddharth Roy Kapur and Vishal Bhardwaj pose together at the event. The former last produced 'Jagga Jasoos' while the latter will direct a film on Osama Bin Laden next.

Vijay Krishna Acharya is currently shooting for 'Thugs of Hindostan.' The film is set for release on Diwali next year.

Anupam Kher has been recently appointed as the Chairman of the Film and Television Institute of India, replacing Gajandra Chauhan.

Riteish Deshmukh was last seen in 'Banjo.' He is producing Marathi film 'Faster Fene' next, which he has been promoting on social media.

Zoya Akhtar's next will star Ranveer Singh and Alia Bhatt in the lead. She has also directed a short film for an anthology along the lines of 'Bombay Talkies.'

Kalki Koechlin dazzled in ethnic wear. The actress will next be seen in 'Jia Aur Jia' where she is paired with Richa Chadha.

Vicky Kaushal is currently shooting for 'Raazi' opposite Alia Bhatt. He will also be seen in Rajkumar Hirani's Sanajay Dutt biopic.

Bejoy Nambiar, who is a Malayali, wore a dhoti for the event. He was accompanied by his wife Sheetal Menon.

Sudhir Mishra will next make a film based on the classic 'Devdas' in which Aditi Rao Hydari, Richa Chadha would be cast.

Homi Adajania and Anaita Shroff Adajania arrived together. The former is yet to announce his next after 'Finding Fanny.'

Ram Samapath had composed music for 'Raees' earlier this year. He will next score music for Akshay Kumar starrer 'Gold.'

Manjo Bajpayee was last seen in 'Sarkar 3.' He will also be seen in 'Aiyaary' next year. 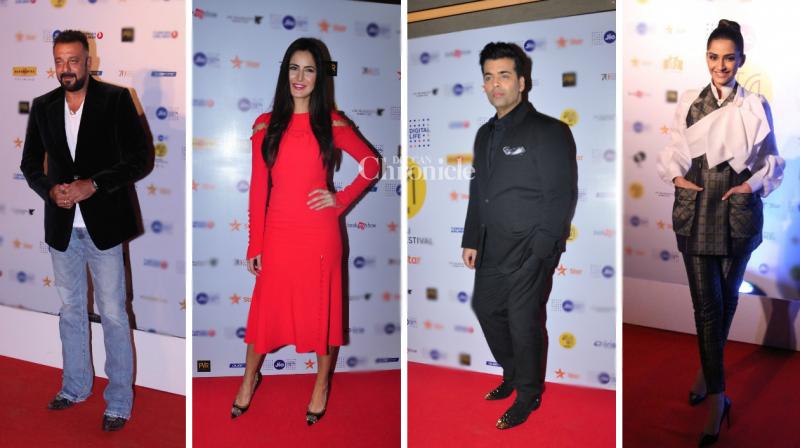 Katrina, Karan, Sonam, Sanjay, other stars dazzle at MAMI as it concludes 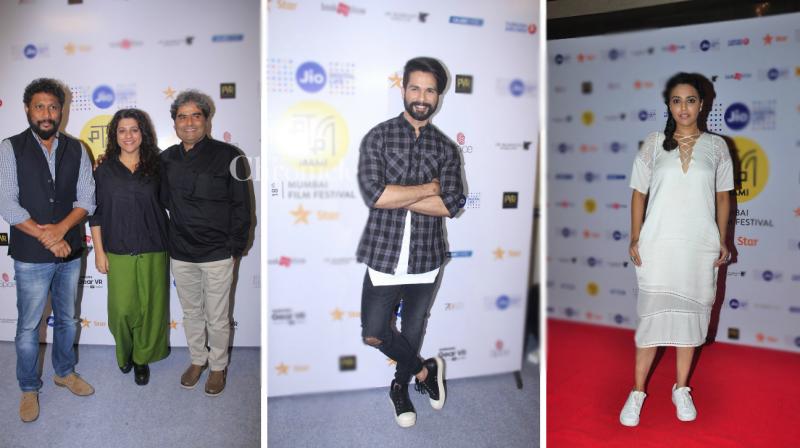 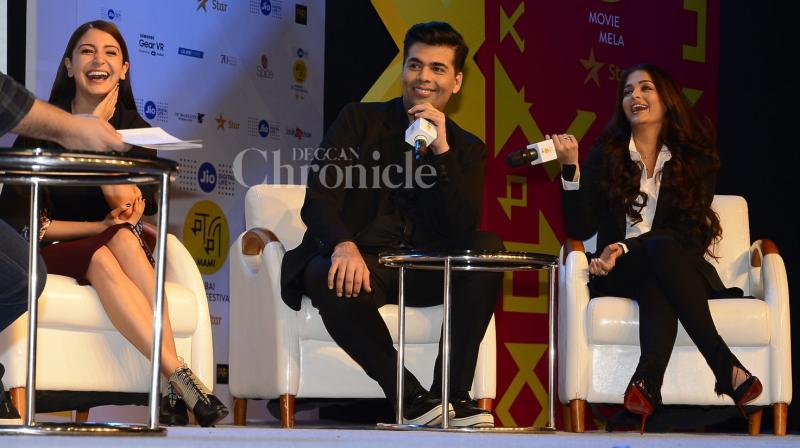 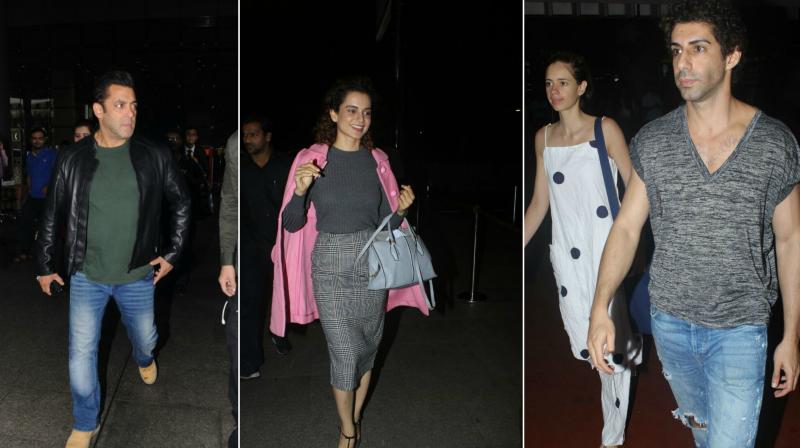 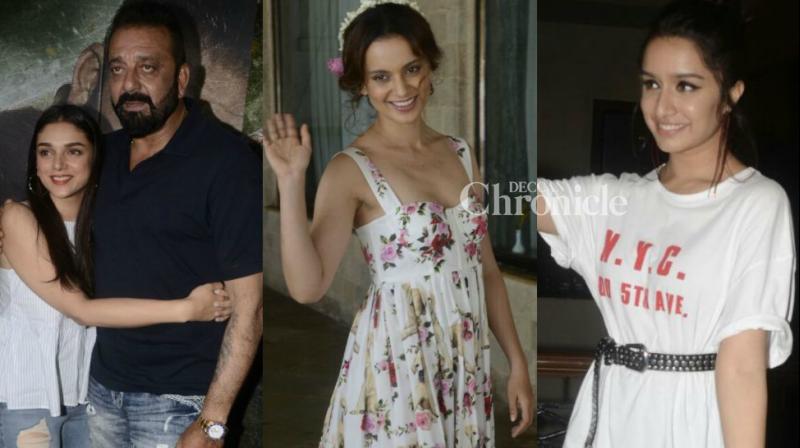