Paparazzi were active throughout the day at various locations in Mumbai on Wednesday and brought us several pictures of Bollywood stars. (Photos: Viral Bhayani)

On the occasion of Ganesh Chaturthi, many Bollywood actors welcomed Lord Ganesha idols at their homes, including Shilpa Shetty Kundra and Raj Kundra.

‘Race 3’ director Remo D’Souza was also seen posing with Ganpati Bappa as he arrived to collect his idol.

Sanjay Dutt also welcomes Lord Ganesha at his house every year and his idol was seen being escorted to his home.

Though Sanjay and his wife Maanayata were not seen, their daughter Iqra was seen with other members of their staff.

Apart from that, a screening of the film ‘Manmarziyaan’ was held where Sara Ali Khan was seen arriving with designer and family friend Sandeep Khosla.

Fatima Sana Shaikh, who will next be seen in the much anticipated ‘Thugs of Hindostan’, was also seen at the screening.

Rajkumar Hirani had recently directed Vicky Kaushal in ‘Sanju’, who is one of the members of the cast.

Aanand L Rai is the producer of the film along with Eros and Phantom production houses and came with his family.

His ‘Tanu Weds Manu’ actor R Madhvan seemed to be having a message for the paparazzi as he arrived with wife Sarita.

Another film releasing on the same day, ‘Mitron’, also had its screening where the lead actor Jackky Bhagnani was seen.

He is paired opposite Kritika Kamra in the film, who is a well-known TV actress and did come out in style.

‘Love Sonia’ is another film releasing on Friday, and its actress trio Freida Pinto, Mrunal Thakur and Richa Chadha looked stylish at the screening.

Sai Tamhankar of ‘Hunterr’ fame, is also one of the other members of the cast and posed at the screening.

Saif Ali Khan and son Taimur were seen spending some quality time with each other at a sports club in Bandra.

Our eyes were naturally more drawn to the little one, who seemed to be slightly troubled about something but looked cute nonetheless.

His mother Kareena Kapoor Khan, meanwhile, was seen arriving in casual wear for shoot at a film studio in Bandra.

Shahid Kapoor, who is currently in the news for his second child and ‘Batti Gul Meter Chalu’, was seen outside a dubbing studio in Juhu.

Janhvi Kapoor signed her first brand endorsement after ‘Dhadak’ and looked stylish at an event for a cosmetic brand.

Kajol, who will next be seen in Pradeep Sarkar’s ‘Helicopter Eela’, was snapped exiting her car in Bandra.

Ananya Panday is surely regular for her dance and gym sessions, and this time she was snapped after practicing moves in Juhu.

We wonder if Sonakshi Sinha is giving a hard look to the cameras who are tracking her at her gym in Bandra.

Gauri Khan posed for the cameras on her way to a restaurant in Bandra. The star wife and entrepreneur always manages to stay in the limelight.

Sunny Leone was all smiles for the cameras at an event to announce the second season of the web series on her life, ‘Karenjit Kaur: The Untold Story.’

Aayush Sharma launched the latest song, ‘Rangtaari’ from his debut ‘Loveratri’ and had the singer of the track, Dev Negi for company.
Tags: ganesh chaturthi, shilpa shetty kundra, taimur 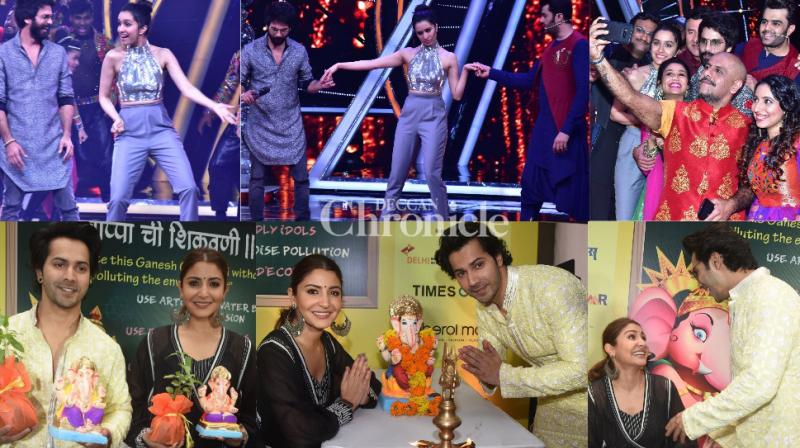 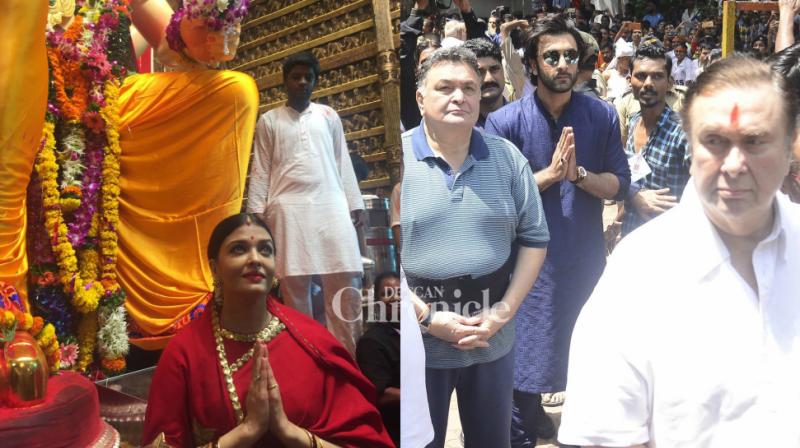