Ajay Devgn launched on Monday the trailer of Leena Yadav's social drama 'Parched' on which he is one of the producers. (Photo: Viral Bhayani)

Ajay Devgn stepped out in style to launch the trailer of his production 'Parched'.

Leena Yadav has directed the film slated for release on 23 September.

Ajay poses with the actors Surveen, Tannishtha and Lehar Khan. Radhika Apte is conspicuous by her absence. 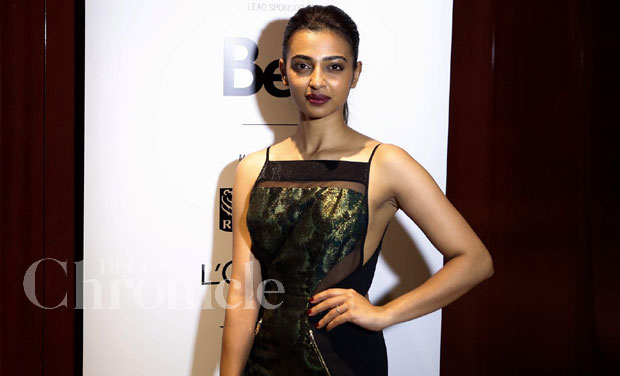