The team of 'Golmaal Again' shot for an episode of Akshay Kumar's 'The Great Indian Laughter Challenge' in Mumbai on Wednesday. (Photo: Viral Bhayani)

Akshay grooves with Parineeti on the show. The two actors are reportedly coming together in the film 'Kesari' based on Battle of Saragarhi.

Akshay also reunited with his 'Hera Pheri' co-star Tabu at the event as Ajay Devgn looks on. Tabu is working in an out-and-out comedy after a long time.

'The Great Indian Laughter Challenge' is a show involving stand-up comedians performing their acts to win the top prize. Even the 'Golmaal Again' team members were seen having a great time enjoying the gags.

Elli Avram. who is the host of the show, poses for a selfie with the team. The film is set for release on 20 October.
Tags: akshay kumar, golmaal again, ajay devgn, parineeti chopra, the great indian laughter challenge 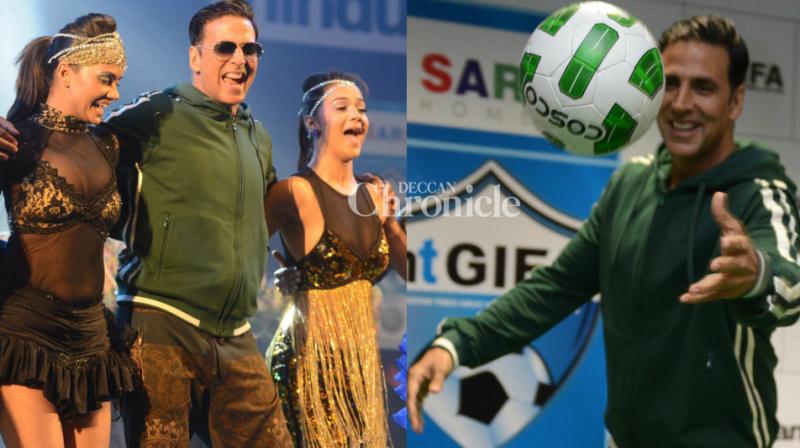 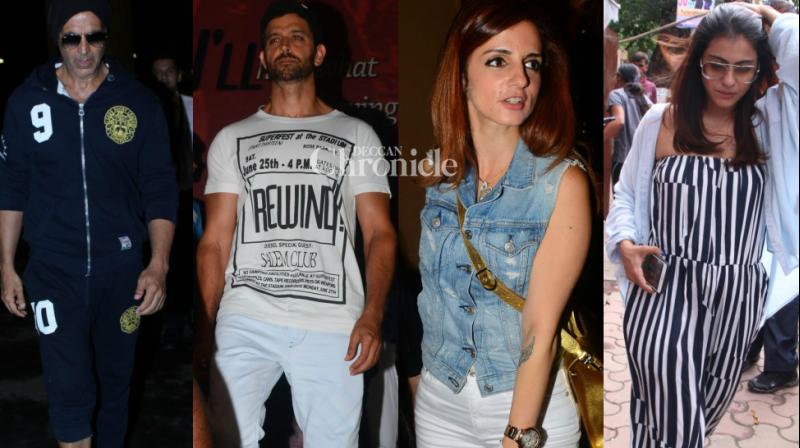 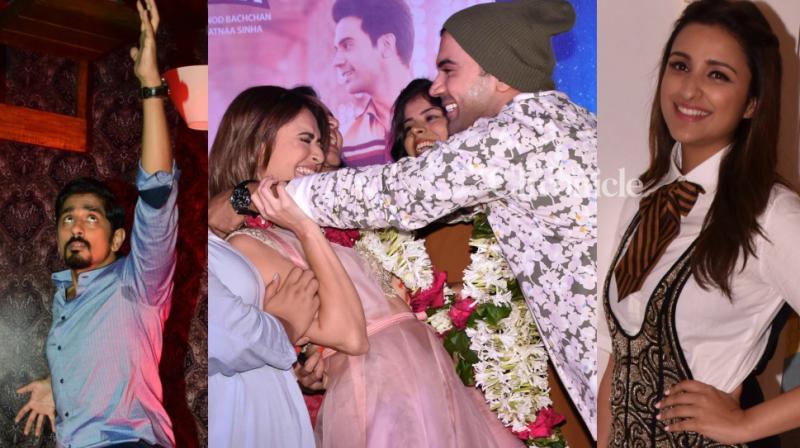 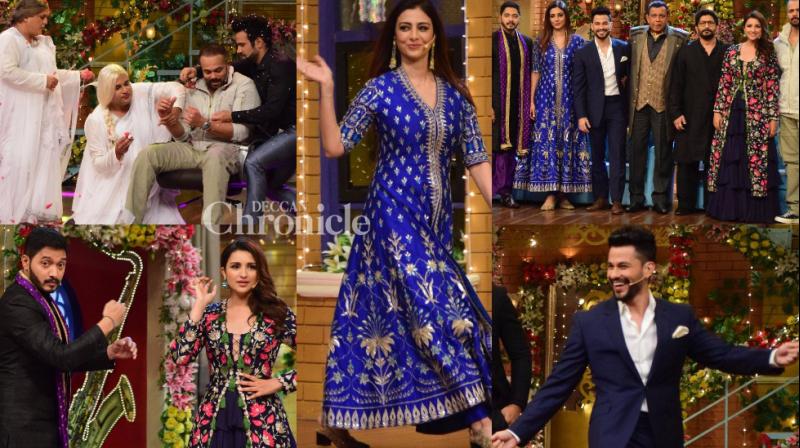 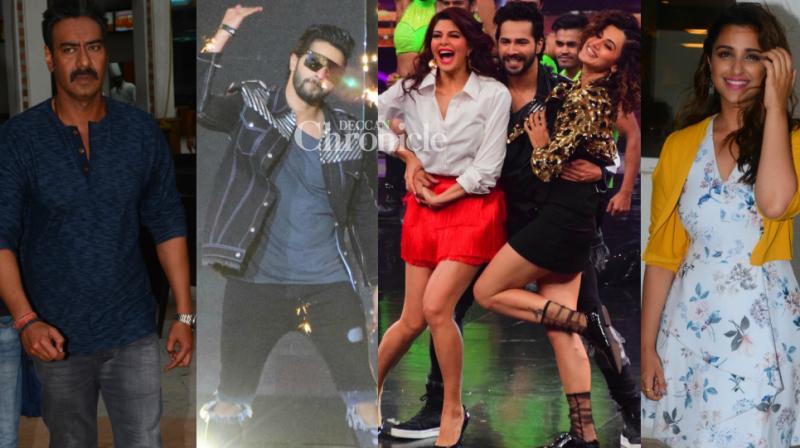