The team of ‘Dhadak’ launched the trailer of the film in a star-studded event in Mumbai on Monday. (Photo: Viral Bhayani)

Lead actor Ishaan Khatter arrived with mother, actress Neelima Azeem for the event and her smile shows she’s happy about the new step in his life.

The lead actress Janhvi Kapoor was accompanied by her father, film producer Boney Kapoor and sister Khushi. Sridevi would have proud of her daughter if she was alive today.

Janhvi is very close to her father and was seen adjusting his sunglasses at the event, despite nervousness for the launch.

Karan Johar, who is one of the producers of the film, poses with Anil Kapoor, Janhvi’s uncle and his son Harshvardhan.

Shashank Khaitan has turned out to be a golden boy for Karan’s production house, having delivered back-to-back successes with the ‘Dulhania’ franchise.

The lead pair greet the two main forces behind their first big film, (Ishaan debuted with ‘Beyond the Clouds), director Shashank Khaitan and the launcher Karan Johar.

Not just the producer, Karan was also the emcee for the afternoon, a task he enjoys at many other events.

The four celebrities took on questions from the media, some tricky ones, without any discomfort.

Ajay-Atul, who had composed songs for ‘Sairat’, have done the same for this version too, while Amitabh Bhattacharya has penned the lyrics.

Janhvi plays the character based on the one played by Rinku Rajguru in the Marathi blockbuster ‘Sairat’, on which the film is based on.

Ishaan steps into the shoes of Akash Thosar from the original directed by Nagaraj Manjule. This story is based in Rajasthan unlike Maharastra in ‘Sairat.’

Janhvi hugs sister Khushi after the completion of the event. The duo are already been popular with paparazzi and youngsters.

Khushi got emotional and had tears in her eyes seeing her sister’s new step in life. Janhvi also had a lump in her throat while answering a query related to Sridevi at the event.

There were too many Kapoors present to support Janhvi, her uncle Sanjay Kapoor and his family, wife Maheep, daughter Shanaya, son Jahaan, cousin Mohit Marwah, his wife Antara, among others. 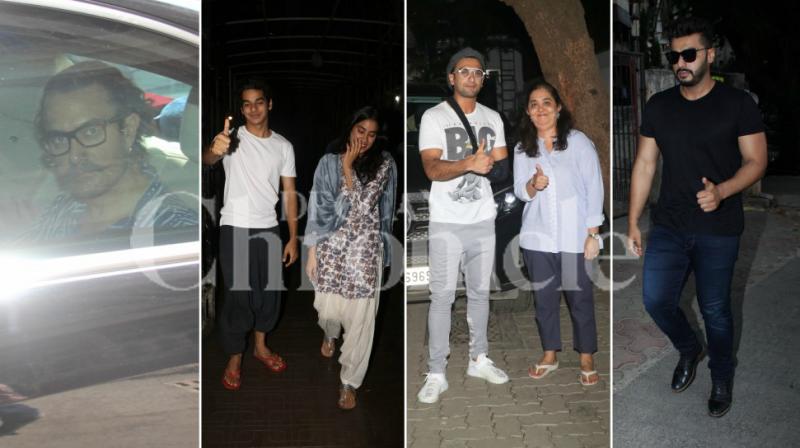 Dhadak wraps up; Aamir, Arjun, Ranveer spotted in the city 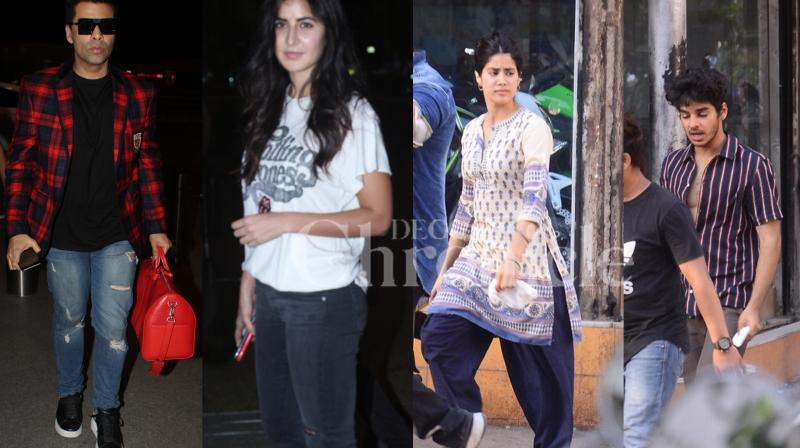 Snapped: Karan, Katrina at the airport and Ishaan-Janhvi shoot Dhadak