It was Bachchan power on Wednesday as the members of the ‘First Family’ stepped out for two separate events. (Photos: Viral Bhayani)

Man for all occasions: Karan Johar, who’s very close to the Bachchan family, was the emcee for the evening.

Chest-thump ala Paes-Bhupathi? KJo greets friend since childhood Shweta Bachchan Nanda at the launch of her debut book.

Without the man who made Big B ‘Angry Young Man’: The megastar’s ex-co-star Shabana Azmi was seen sans Javed Akhtar at the event.

Another former co-star: Yesteryear actress Tina Munim (now Ambani), who worked with Big B in ‘Pukar’, was also seen.

Proud parents: Amitabh and Jaya Bachchan pose for the cameras and it seems that they are delighted with Shweta’s new venture.

We are family: It was surely a rare sight for the Bachchans to come together, with the trio being all smiles at the event.

Not a phone call away? Like Jaya and Shweta were clicked talking (almost whispering) at the launch of the latter’s fashion brand, the mother-daughter duo were at it again.

How could the man who is aware of almost all the gossips in the industry leave the opportunity to talk with the Bachchan ladies?

Booked: The star daughter’s debut book launched by the people who made her one and just a day before Big B’s 76th birthday.

That was important, but the match is too: Shweta’s brother Abhishek Bachchan, actress-wife Aishwarya Rai and daughter Aaradhya were at a Kabaddi match of a team they own, Jaipur Pink Panthers, in Chennai.

Discussing strategies with Aaradhya? The trio in the stands before the match against U Mumba kicked off.

Why no emotion, Aaradhya? Aishwarya was ecstatic during a moment in the match, but their team eventually lost the match.

When it’s Chennai, how can South stars be away? Amala Paul, looking beautiful in a saree, poses with Aishwarya and Aaradhya.
Tags: shweta bachchan nanda, aishwarya rai bachchan, amitabh bachchan 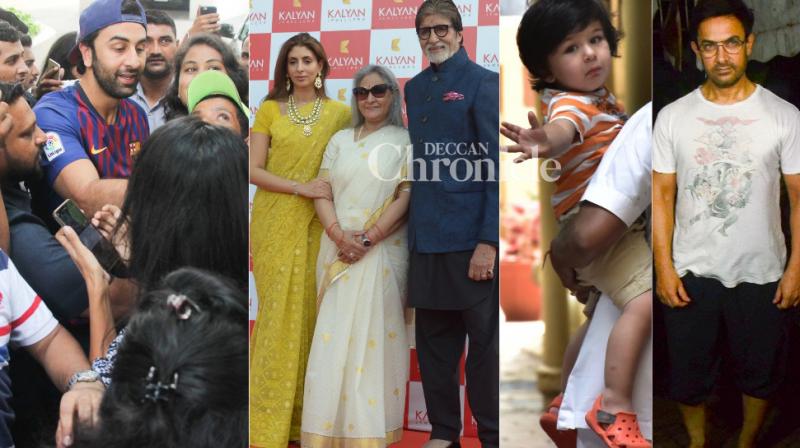 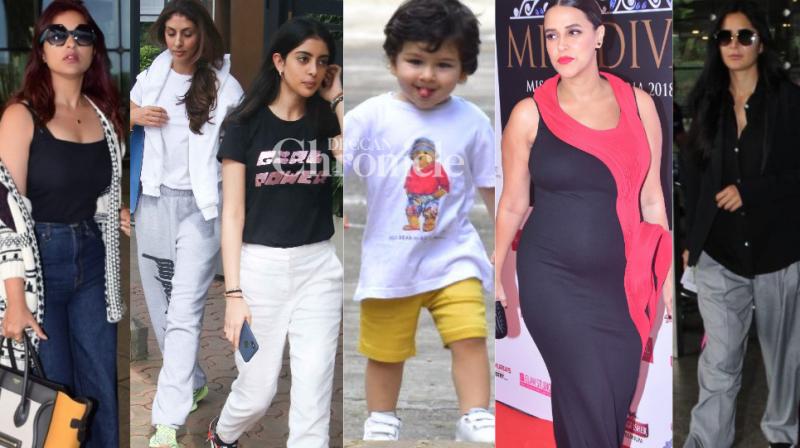