Shah Rukh Khan and several other stars were spotted at a prayer meet for director Kundan Shah, who passed away on 7 October. (Photo: Viral Bhayani)

Kundan Shah had directed Shah Rukh Khan in 'Kabhi Haan Kabhi Naa.' The film wasn't among his biggest successes, but his performance was highly appreciated.

Suchitra Krishnamoorthi was the lead actress of 'Kabhi Haan Kabhi Naa.' The actress often is in the news for daughter Kaveri's music ventures.

David Dhawan arrives for the prayer meet. The director is currently in the news for the success of 'Judwaa 2.'

Farah Khan snapped after paying her respects to the late filmmaker and conveying condolences to the family. The choreographer-director is currently hosting 'Lip Sing Battle'

Kundan Shah's family has been mourning his death since 7 October. The director died due to a heart attack.

Ramesh Taurani arrived for the meet with his wife Sneha. The producer is currently in the news for the casting of 'Race 3.'

Govind Nihalani was also among the celebrities seen at the meet. The veteran filmmaker has not made any popular film in recent times. 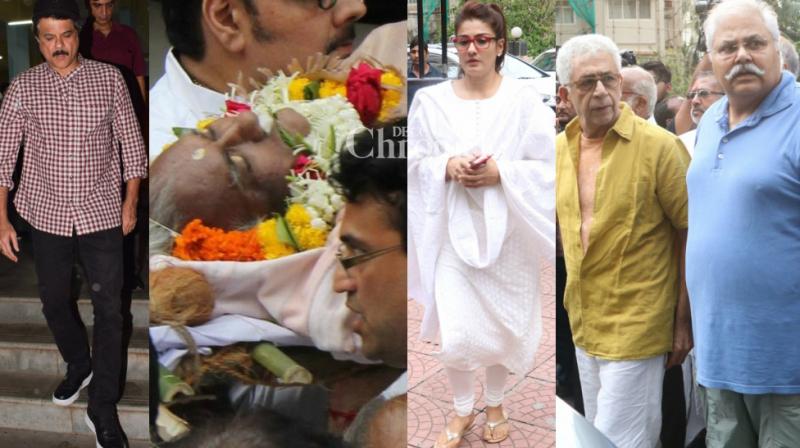