Akshay Kumar is the lead actor of the film which deals with the issue of lack of toilets in the country.

The film is only Bhumi's second release till now.

Shree Narayan Singh is the director of the film.

Akshay poses with the producers Prerna Arora and Ajit Andhare.

Madhuri Dixit Nene has worked with Akshay in numerous films.

Saif Ali Khan's daughter Sara Ali Khan is all set to make her debut with 'Kedarnath.'

Kriti Sanon is currently busy with the promotions of 'Bareilly Ki Barfi.'

'Bareilly Ki Barfi' actor Ayushmann Khurrana got his wife Tahira along for the screening.

Diana Penty will next be seen in the film 'Lucknow Central.'

Sriram Raghavan will next direct 'Shoot the Piano Player.'

'Bhoomi' director Omung and Vanita Kumar pose for the cameras.

Ashwiny Iyer Tiwari's directorial 'Bareilly Ki Barfi' is up for release next week.

Nidhhi Agerwal made her debut with 'Munna Michael' earlier this year.

Arjan Bajwa had worked with Akshay in 'Rustom.'

Film critic Anupama Chopra was also present for the screening.

Another screening for the film saw Akshay's son Aarav accompanying him.

Divyenndu Sharma plays an important role in the film.

David Dhawan has directed Akshay in 'Mr and Mrs Khiladi.'

Subhash Kapoor had given Akshay a hit with 'Jolly LLB 2' earlier this year. 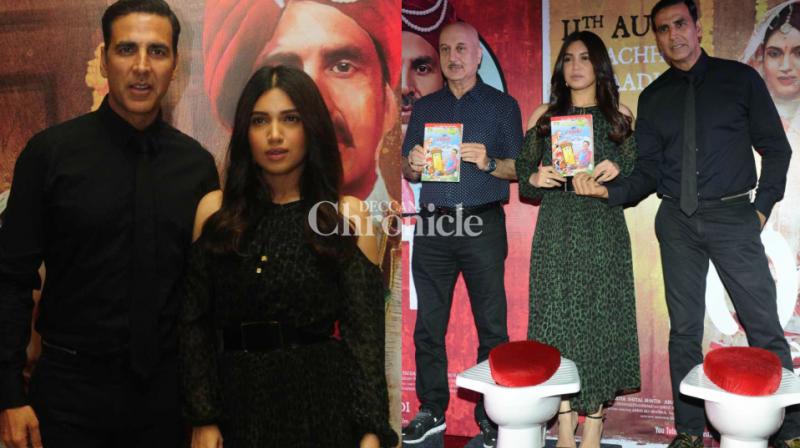 Akshay, Bhumi, Anupam have 'toilets' all around as they take film to Delhi 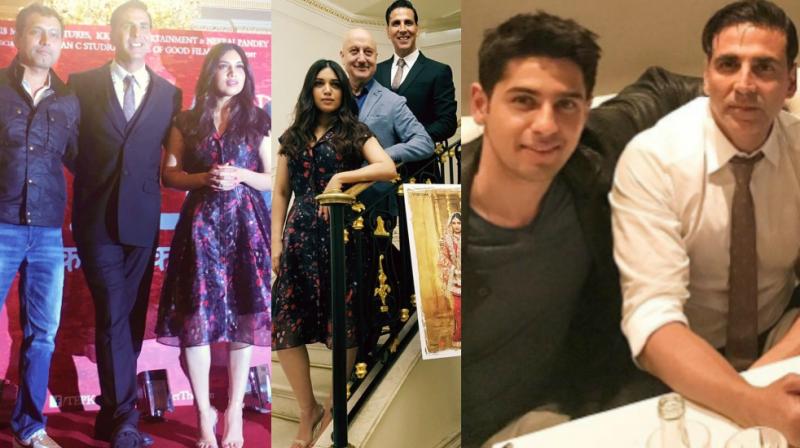