Numerous Bollywood stars were spotted at a screening of Rajkummar Rao's film 'Trapped' in Mumbai on Friday. (Photo: Viral Bhayani)

Rajkummar Rao is the lead actor of the film.

Vikramaditya Motwane is the director of the film.

Ashwiny Iyer Tiwari is the director of 'Bareli Ki Barfi'.

Siddharth Roy Kapur was also snapped at the event.

Hansal Mehta worked with Rajkummar in 'Shahid', 'Citylights' and 'Aligarh'.

Taapsee Pannu smiles for the cameras.

Ronit Roy came with his wife Neelam for the screening.

Vishesh Bhatt was also snapped at the screening.

Meghna Gulzar is set to make her next film after 'Talwar.'

Richa Chadha was also snapped at the event.

Kartik Aaryan poses for the cameras.

Sobhita Dhulipala made her debut with 'Raman Raghav 2.0' last year.

Madhu Mantena was also seen at the screening. 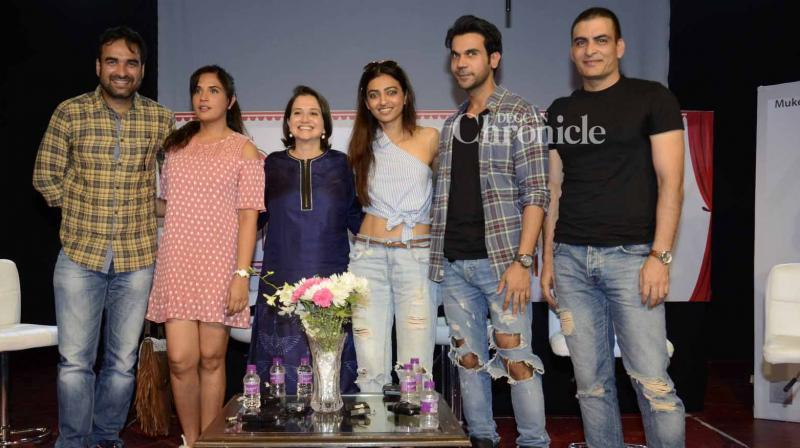