Bollywood stars gave paparazzi a busy day by stepping out for various reasons in Mumbai on Wednesday. (Photos: Viral Bhayani)

As Sonali Bendre Behl is recovering from illness in USA, her close friends Sussanne Khan, Dia Mirza and Gayatri Oberoi, attended an event at Bandra Kurla Complex for a book club that the actress used to conduct.

Meanwhile, Hrithik Roshan, who had also accompanied Sussanne Khan to meet Sonali in New York recently, seemed to hide his ‘Super 30’ look with umbrella, despite no rain or sunlight.

Rajkummar Rao and Shraddha Kapoor are on a promotion spree for ‘Stree’ and had duties at a radio station.

Even after release of ‘Dhadak’, the team, led by director Shashank Khaitan and leads Janhvi Kapoor and Ishaan Khatter, attended a session at the filmmaker’s alma mater, Subhash Ghai’s film institute.

After cheering for husband Virat Kohli in England for his test series, Anushka Sharma returned to the city and was clicked at the airport.

Varun Dhawan, who will next be seen in ‘Kalank’, was all smiles after a session at his gym in Juhu.

‘Padmaavat’ actor Shahid Kapoor acknowledges the cameras from his car post a dubbing session at a studio in Juhu.

Karan Johar and his protégé Alia Bhatt, who will work together again in ‘Takht’, were spotted at the airport after their journey.

Kareena Kapoor Khan, who has signed two Karan Johar films now, was seen after dinner at a restaurant in Bandra.

Her son Taimur Ali Khan seemed to be acknowledging the cameras as they spotted him in Bandra.

His step-sister Sara Ali Khan gets snapped every day without fail and this time it was after her dance classes in Bandra.

Her brother Ibrahim Ali Khan was also clicked by the paparazzi as he was busy with his mobile phone.

Malaika Arora Khan and several members of her family were seen, reportedly for her mother’s birthday party.

Ex-husband Arbaaz Khan, who is currently in the news for his new ladylove Georgia Andriani, was also spotted.

Their son Arhaan Khan, who has also been spotted with his father and his girlfriend, seen exiting the venue.

Another team which promoted their film on the reality show was ‘Satyamev Jayate’, with leads John Abraham and Manoj Bajpayee in attendance.

Rakul Preet Singh, who has been confirmed as one of the leads for the NTR biopic, was clicked at the airport.

Vaani Kapoor, who will be part of two major projects, ‘Shamshera’ and Hrithik Roshan-Tiger Shroff starrer, was snapped at the airport.

Vivek Oberoi and Omung Kumar were spotted in the midst of an interesting task on the sets of the reality show ‘India’s Best Dramebaaz.’

Her father, veteran actor Jeetendra, was seen at the Mount Mary Church in Bandra.

Nora Fatehi, who is currently in the news for songs like ‘Dilbar’ and signing ‘Bharat’, was seen at the airport.
Tags: hrithik roshan, sussanne khan, kangana ranaut 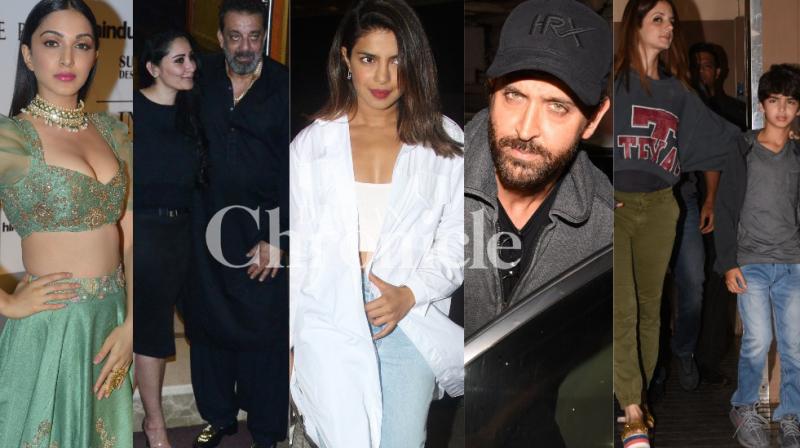 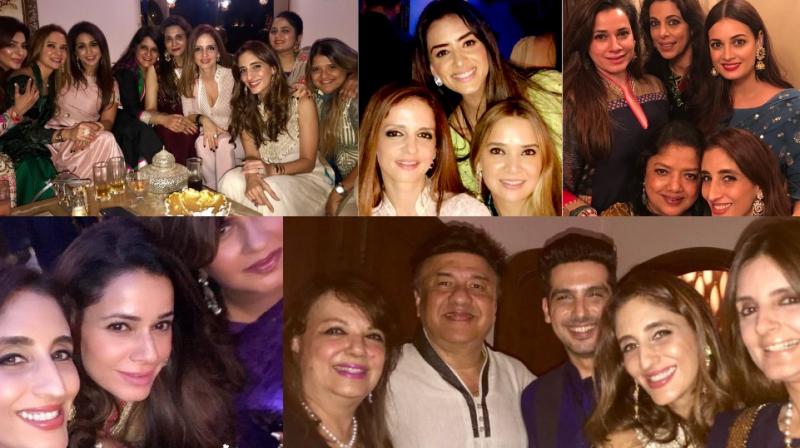